Just in time for Mardi Gras! 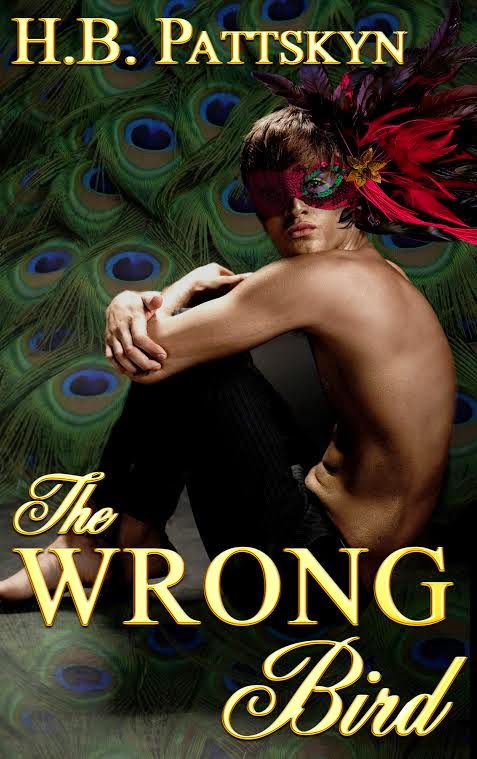 Forget the p...pnz.....k....pynk..... great big fat donuts, how about a non-fat, steamy short story instead? I have a brand new story out from Rule 34 Books called The Wrong Bird. (Available on Amazon and Smashwords).


Seth is a straight, straight-laced college freshman who attends a Mardi Gras masquerade party and meets the wrong bird...but maybe a peacock is exactly what he needs...


Seth Tyler surveyed the dimly lit living room, as the thumping beat of some techno song he’d never heard before reverberated through the floorboards. His gaze flickered from one pretentious, over-the-top costume to another. In one corner a steampunk version of the Mad Hatter and Alice chatted with Jack and Sally from Tim Burton’s Nightmare Before Christmas. In another, a couple wearing matching gold lame togas were making out, hot and heavy. A female version of Jack Sparrow sauntered out of the kitchen, nearly knocking over some guy in a long coat—Seth had no idea what he was supposed to be, but he was cute.
Not that Seth was into guys or anything.
Seth’s costume wasn’t subtle either, but as far as he could tell he was the only masquerade-goer wearing all white. Stretch velvet pants clung to his legs, while the wide sleeves of the poet shirt he’d borrowed from his sister Haley swished around his arms. A white leather vest he’d borrowed from his cousin Leanne kept his slim figure from being overwhelmed by the ruffles and lace. Haley and Leanne had come up with the idea of him wearing all white because he was so pale, but Seth had to admit he liked the way he looked. The finishing touch had been his idea: a white leather mask with a long clear acrylic horn that he’d bought at the Renaissance Festival last year.
Because what better way to score a few “maidens” than by coming as a unicorn?
He surveyed the room a second time, then made his way over to the hors d’oeuvres table where an array of finger foods were laid out. Haley had said her sorority was going all out for this year’s Mardi Gras masquerade party, which was a yearly tradition for the Alpha Chi.
So far, it was living up to everything Seth expected. He snagged a plastic wine flute of champagne and filled a little plastic plate with shrimp, mini-quiches, and caviar-topped crackers.
“Hungry?” said a low, sultry voice behind him.
Heat tinted Seth’s cheeks; there was a lot of food piled onto his plate. “I, um…er—” the half-formed excuse died on his lips when he turned and saw the woman standing behind him. She was tall. Statuesque. That was one of those words Haley used. She was an English major. Seth had never applied it to anyone in real life before, but it fit the tall red-head who stood there, a grin playing at the corners of her mouth.
She quirked an eyebrow at him. “Well?”
“I…yeah.” What else could he say? “Great costume.” God, could he have come up with anything more lame to describe the gorgeous blue corset and peacock feather skirt she was wearing? There were more feathers in her hair and her mask had a little bird-beak over the nose.
But she smiled. “Yours too.  Although I hope you don’t expect to find too many virgins around here.”
He tried to laugh. Haley was around here somewhere. But he wasn’t like Mom and Dad; he wasn’t delusional. He just didn’t want to know about his sister’s sex life. “So ah, I’m Seth.” Lame. Lame, lame, lame.
She held out her hand. “Jean.”
Seth just barely stopped short of making a bigger fool of himself by suggesting that with a name like that, she should have come dressed as one of the X-Men. Instead he took the hand she offered and kissed it, because stuff like that always looked cool in movies.
The gesture earned him another smile. “Should I even ask if you’re old enough to be drinking that?” Jean inquired.
He shrugged. He was nineteen. But college was all about getting drunk and laid, right? “I just started here last fall,” he answered, without actually answering. “What about you?”
“Senior.”
“Excited to be almost done?”
“If I were done, I might be. I’m going start right into my Master’s program next fall.”
“What’s your major?”
“Social work.”
“Wow, hot and smart.” Heat flushed his cheeks. “I mean…well, you are hot,” he confessed.
She chuckled. “And you’re sweet.”
Great. Sweet was not what he was going for. He excused himself before he made it any worse.

The female Jack Sparrow was named Ellie; she was a sophomore. She was cute and funny and probably a lot more accessible than Jean, but no matter how hard he tried Seth couldn’t get the peacock off his mind. So with his courage bolstered by a second glass of champagne and a couple of Jell-O shots, he made his way over to where Jean was talking to a woman who looked like the spirit of the Mardi Gras itself, dressed in purple, green, and gold lamé, and decked in beaded necklaces that she was handing out like candy. She draped several over Seth’s head before he even said hello.
“Hello again,” Jean greeted him with smile. She was sipping something pink and fizzy out of a plastic cocktail glass.
“Hi,” Seth replied. Okay, now what? “What’s that?” he asked, nodding at her glass.
Jean smirked. “A pink fuck.”

I want to say a super huge thank you to the staff of Rule 34 Books, especially my friend Dora for the awesome job they did on this--and especially to Dora for the prompt of "5000 words of party-themed smut"  :D

Thanks for the shout out :) -- but the awesomeness is all yours! You're a blast to work with, and the story is fantastic. It was a pleasure to produce this book.