We live in a strange age.

Slut shaming
(I hate that phrase, by the way; I don't appreciate the implication)
Sexual harassment
Gender inequality
Feminism
Sex Positive Apps for your smart phone
("a shame-free sex ed app from the University of Oregon")

We live in an age where elected officials talk about "legitimate rape" as if it's there's any other kind. Sometimes I feel like for every one step we take forward in reclaiming our strength, our sex, our equality (and when I say "our" I mean males, females, and everyone in between), other people conspire and even succeed in pushing us two steps back.

Because people who control their sexuality are powerful and there are people in the world who fear powerful people. I'm not talking conspiracy theories, here. "Other people" can be anyone; your father, our mother, your peers. Other people can be people who mean well, but fear their own sex, their sexuality--who fear that if you take your power for yourself, you will somehow be taking something away from them. But what they don't realize--what you may not realize--is that that power was never theirs. In most cases, other people can only have power over you if you allow it. Obviously, there has to be law and order and all of that; I'm not talking the power of the police to patrol the streets or your parents to keep you safe, I'm talking about your power as a consenting adult to make informed choices about your own body.

I'm talking about the power we lose when we give into fear.
"If you have sex before marriage, no man will want you."
"Why should he buy the cow if you're giving the milk away for free?"
(Yeah, great mental image there, thanks for that self esteem boost! Not.)

We, as women, also get a lot of mixed messages.
"Don't wear that skirt; it's too short. You look like a slut with all that makeup."
"Why don't you put on some makeup? What? Do you want the boys to ignore you?"

I'm totally sure men get them too, but being female, I only know the ones I heard growing up. And yes, even things like "you should wear something prettier" or "why don't you put on some makeup?" are statements meant to control us (even when they're said with the best of intentions) and nudge us into conformity. They're statements that take away our personal power. If I choose to wear makeup, it's something I'm doing for myself, because I happen to like the way I look in it. When my grandmother suggested I wear makeup, she was suggesting it because she wanted me to find a boyfriend. Of course he had to be a certain kind of boy--you know, the kind that didn't want to have sex, because sex before marriage was dirty and bodies were things to be hidden from other people, but especially people of the opposite gender. After marriage, sex and nudity were okay--behind a closed door, and in the dark. Sex certainly wasn't an activity meant to be enjoyed and it wasn't a topic ever to be discussed. Ever. Never, ever.

A lot of people carry that kind of baggage with them. 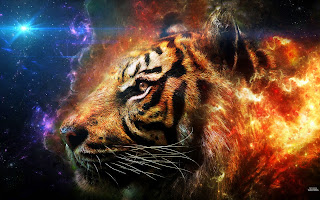 As a student of shamanism, I was introduced to the concept of "soul-loss." No, I'm not talking demonic possession or selling your soul to the devil, I'm talking about the idea that we, as humans, routinely give away pieces of ourselves to other people and sometimes, when the relationship ends, we forget (or don't know how) to take those pieces back. The result is called soul-loss, but what it means is power-loss. Those relationships don't have to be romantic. When we move out of our parents' home and begin to live on our own as adults, it's only natural to adopt our parents' values and ideals. I'm not saying that's wrong; I'm saying that we should examine those values and ideals to make sure they're really ours and not theirs.

If YOUR value is to abstain from sex before marriage (or maybe forever) that's your right. Honor it. Honor yourself. It's your choice.

If YOUR value is to have lots of sex with lots of people, that's also your right. Part of honoring yourself (and your partners) is to practice safe sex, to protect yourself and your partners from diseases, but otherwise, you should always feel free to enjoy your body and the bodies of others.

If YOUR value is somewhere in between, guess what? That's wonderful, too. The point is that it's your choice (and your partner/s), not your parents', your peers', your religion's, or your cultures. You have to form your own core values and ethics and no matter what your feelings are toward sex and sexuality, you should feel good about who you are inside. We all have to own everything that we are.

We lose a piece of ourselves when we allow other people to make decisions about our bodies--our sexuality--for us. By reclaiming that right, we we reclaim a part of ourselves that may have been lost a long time ago. Take back what's yours. Own it. Honor it. Revel in it (responsibly).


EDIT: I just discovered a series of articles by the Huffington Post called Teen Sex: It's Complicated. Even though the series is by and directed at teenagers, I think it's something we can all benefit from reading, whether we have or are friends with teenagers (or children of any age because eventually they will be teenagers) or are adults were just raised screwy (which I think probably 90% of us were, in one way or another).

Oh, what an excellent post! I've been noticing the political aspect of slut-shaming for a while now, how (as in centuries past as well) certain factions are doing everything in their power to disenfranchise women because face it, as 50% of the population, we're a minority only in the sense we don't have equal rights.

So it was eye-opening to realize that much of what you say here, the subtle (and sometimes not-so-subtle) pressure on the part of our families to conform to a contradictory ideal (where we sexualize everything and then penalize people for being sexual creatures outside the strictly defined bonds of traditional marriage) is about being threatened by our power and a need to control that. I'm going to remember this the next time it happens to me! Thank you for sharing!