Autumn is my favorite season (Spring is a close--oh so very close--second, especially in February when I'm up to my eyeballs in snow!) But Autumn will always be Number One, if only for one reason: Halloween. 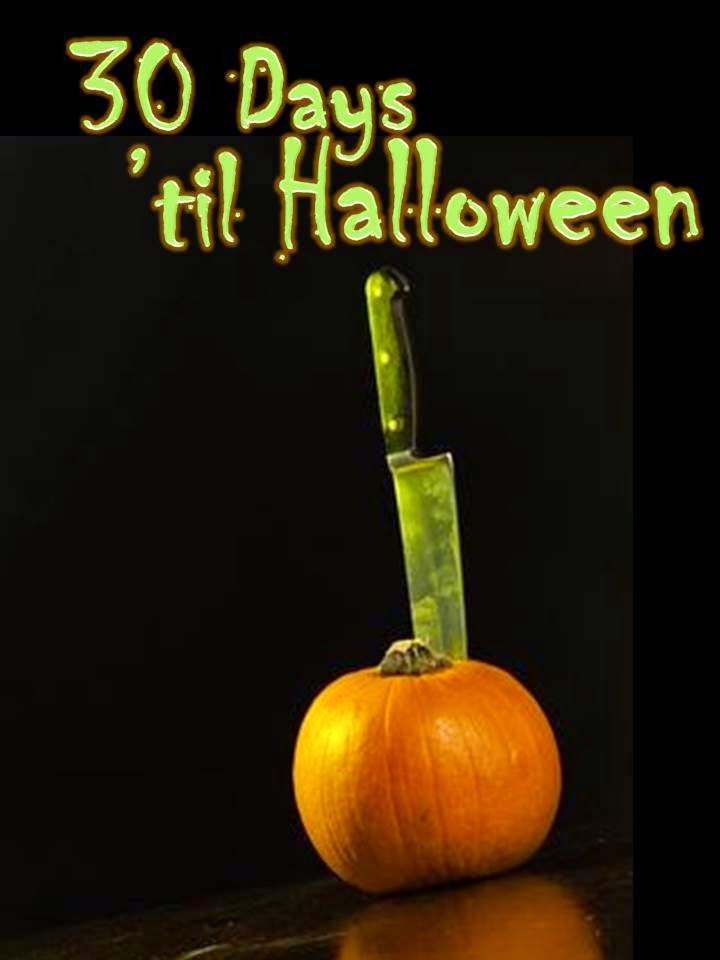 I can guess what some of you are thinking ("that's because you're a witch"), but the truth is a) there are seven other holidays (and believe it or not, Halloween isn't every witch's favorite one) and b) Halloween was always one of my two favorite holidays (the other being Christmas/Yule.)

It starts in September, with cooler nights, the constellation Orion rising higher above the horizon (right outside my front door around sunrise, how freaking awesome!), and the first few leaves starting to turn gold. But by October 1st, it's here. You can feel it. There's a nip of something cool and mysterious in the air, an electric charge of anticipation that tells you Halloween is almost here.

So what do I love about Autumn and why is Halloween my favorite holiday? The answers are fairly similar. The cooler temperatures, the changing leaves. The harvest (I almost always have a garden). Apples, cider, and pumpkins. The Winter constellations becoming visible in the night sky. I'm no fan of hot summer days, so even though Winter is cold, I'd rather bundle up in my favorite sweater or snuggle up under the blankets with my husband and dog than sweat to death in the heat. I love the long days of summer, but give me a cool walk in the Autumn woods over a day at the beach any time! And I have to admit, while I'm not a huge TV addict, this year there were some pretty awesome fall shows to look forward to the return of.

My absolute number one, favorite part of Halloween has always been--and will probably always be--carving jack o' lanterns. Maybe it's the artist in me, or maybe I just like murdering pumpkins and eating their innards (seeds)   ;-)   But Jack o' lanterns are the best thing about the holiday--which happens to be my wedding anniversary, by the way. (We had loads of jack o' lanterns around the ceremony site, one of the smaller temple rooms in Detroit's Masonic Temple, and instead of boring old Table #1, #2, etc., at the reception, or then then trendy Table Love, Hope, Fidelity, etc., we assigned our guests to sit at the Mary Shelly Table, the Vincent Price Table, and being Detroiters, how could we not have a James O'Barr table? Others included Edgar Allen Poe, H.P. Lovecraft, and Peter Cushing. The kids, of course, sat at the J.K. Rowling Table.  ;-)  )

Autumn also means being able to bake more, because it's cooler out. Having a reasonable sized toaster oven helps, but who wants to beak when it's 100 degrees outside? A nice cool Autumn day, though, with fresh apples or a great big pumpkin....?  :)  Yeah. This is when you'll find me in the kitchen.

What about you? What's your favorite season/holiday (religious or secular) and why?
Posted by H.B. Pattskyn at 8:08 AM

I think this is my favorite holiday season, too. Part of it is the change in temperature and leaves (and the smell in the air changing). Our garden's harvests are in summer, so that doesn't apply to us... Jack o' lanterns are awesome but I've carved surprisingly few! I don't get into Halloween as much as some of my friends do (I have one friend who loves everything gothic and horror and has a whole room in her house dedicated to a year-round Halloween). I do enjoy watching other people do their thing and I do dress up and go to parties. I have a feeling I'll be doing more this year than in previous ones.

And I know a little about Samhain... I have a feeling that's part of your enjoyment too :)

I wish your blog notified me of reply comments, but I can't figure out how to get it to do that. I missed your comment on my last comment. Weird. Maybe Blogger just doesn't work that way.

Blogger can be a bit weird. Eventually, I'll probably switch providers or platforms or whatever they're called ;-)