Please help me give a warm welcome to Jamie Fessenden, here on tour with his new book Murder on the Mountain. 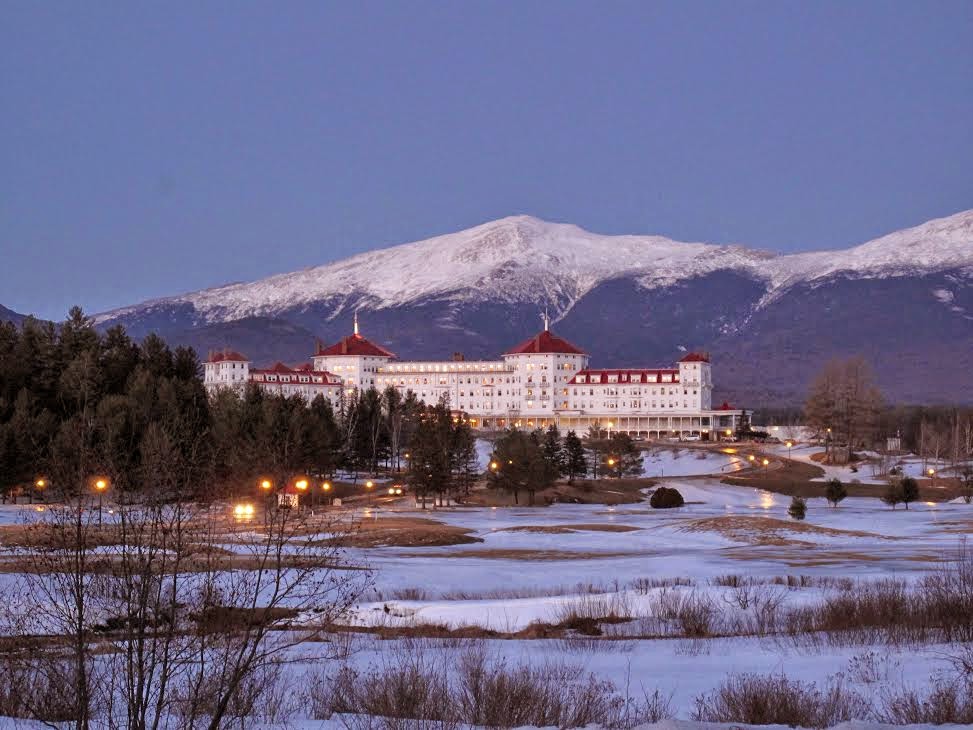 Day Five of the Murder on the Mountain Blog Tour!

The main setting for Murder on the Mountain, once we get off the mountain itself, is the Victorian Era resort hotel at the base of the mountain—the Mount Washington Hotel.  This magnificent resort was constructed in 1900 by Joseph Stickney, who’d made his fortune in the coal industry.  Unfortunately, he died just one year after it opened in 1902.

His wife, Carolyn Stickney, continued to spend her summers in the hotel (it was shut down during the winters, until 1999) and added the fourth floor and several other rooms to it for the next ten years.  Then she moved to London, married a French nobleman, and became the Princess De Faucigny Lucinge.  (Which doesn’t have much to do with anything, but I thought it was cool.)  Upon her death in 1936, the hotel passed into the hands of her nephew, Foster Reynolds.

During Prohibition, the hotel ran its own speakeasy in the basement.  That still exists.  It’s been turned into a bar called The Cave.  During World War II, the hotel ceased operations for a few years, but it was reopened in 1944 and hosted the conference between several countries which established the World Bank and the International Monetary Fund.

This is quite simply one of the most beautiful hotels I’ve ever seen.  My husband and I booked a room there last December, combining our anniversary with research for the novel.  As Jesse discovers, it can be rather expensive.  We chose the beginning of December, because by the time I tried to make reservations in November, the rooms were going for over $600 per night!

But December is a great time to stay there if you enjoy the Christmas holidays.  The cavernous foyer had Christmas trees everywhere, and there were fires burning in the two large fireplaces.  My husband felt uncomfortable rubbing elbows with the wealthy, feeling like an interloper, but I had no problem at all stretching out in front of the fire while the ever-present waitstaff brought me fortified eggnog.

For the next four weeks, Murder on the Mountain will be touring the blogs of several MM Romance authors. If you leave your email address in the comments or email me at jamesfessenden@hotmail.com, you'll be entered into a drawing for a free copy of Murder on the Mountain or a $40 gift certificate to Dreamspinner Press!

Check the other stops on the tour at:
http://jamiefessenden.com/2014/murder-on-the-mountain-blog-tour/ 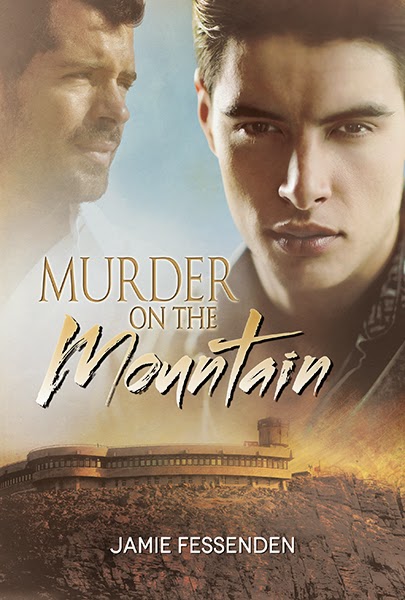 When Jesse Morales, a recent college grad who aspires to be a mystery writer, volunteers to work on the summit of Mt. Washington for a week, he expects to work hard. What he doesn’t expect is to find a corpse in the fog, lying among the rocks, his head crushed. The dead man turns out to be a young tourist named Stuart Warren, who strayed from his friends while visiting the mountain.

Kyle Dubois, a widowed state police detective, is called to the scene in the middle of the night, along with his partner, Wesley Roberts. Kyle and Jesse are instantly drawn to one another, except Jesse’s fascination with murder mysteries makes it difficult for Kyle to take the young man seriously. But Jesse finds a way to make himself invaluable to the detective by checking into the hotel where the victim's friends and family are staying and infiltrating their circle. Soon, he is learning things that could very well solve the case—or get him killed.

Available from Dreamspinner Press at:  http://www.dreamspinnerpress.com/store/product_info.php?products_id=5335
Posted by H.B. Pattskyn at 12:00 AM

I grew up on TV shows like Murder She Wrote (mostly because of my grandmother) and of course Nancy Drew and the Hardy Boys and always wondered about those armature sleuths and how they'd fare "in the real world" -- so I'm doubly excited to pick up a copy of Murder on the Mountain (because I love Jamie's writing and man, what a gorgeous setting!)

I'd love to visit the Mount Washington Hotel it sounds fabulous. Murder on the Mountain is waiting for me on my kindle, I cant wait to get to it. just have to finish a few other books on my TBR list :). Thanks for the giveaway. I am enjoying your blog tour.

It does look gorgeous, and I'm so eager to read the book!

Thank you for telling us a little bit about the history behind the Mount Washington Hotel & resort which play a major part in your new murder mystery tale. It reminds me of Agatha Christie's stories, in particular when she uses the Burgh Island Hotel, where you can be isolated at high tide and the small island hotel can then only be accessed via a sea tractor when its operational.

I can understand how your husband would feel uncomfortable in such a grand location. But I would love to visit there someday.

Thank you for a chance to win a copy of this book.

Looks beautiful there. Now I'll really have a great picture in my mind when reading the book. :)

This is one of the reason why I adore Jamie's books: angst is the main reason. I grew up with Shining and this new book really calls to me. Congrats, Jamie and thank you for the giveaway.

This Book sounds terrific!! I luv Jamies' work. Please, count me in for the giveaway!!

OMG! Those pictures of the hotel! Wow. The view from the balcony/porch is simply spectacular. I can only imagine how it looks in the spring/summer. Also, congratulations on your new release! I wish you tons of success!