Please give a warm welcome to the lovely Sara Testarosa! Sara was one of my awesome beta readers for Tentacles and Chain. 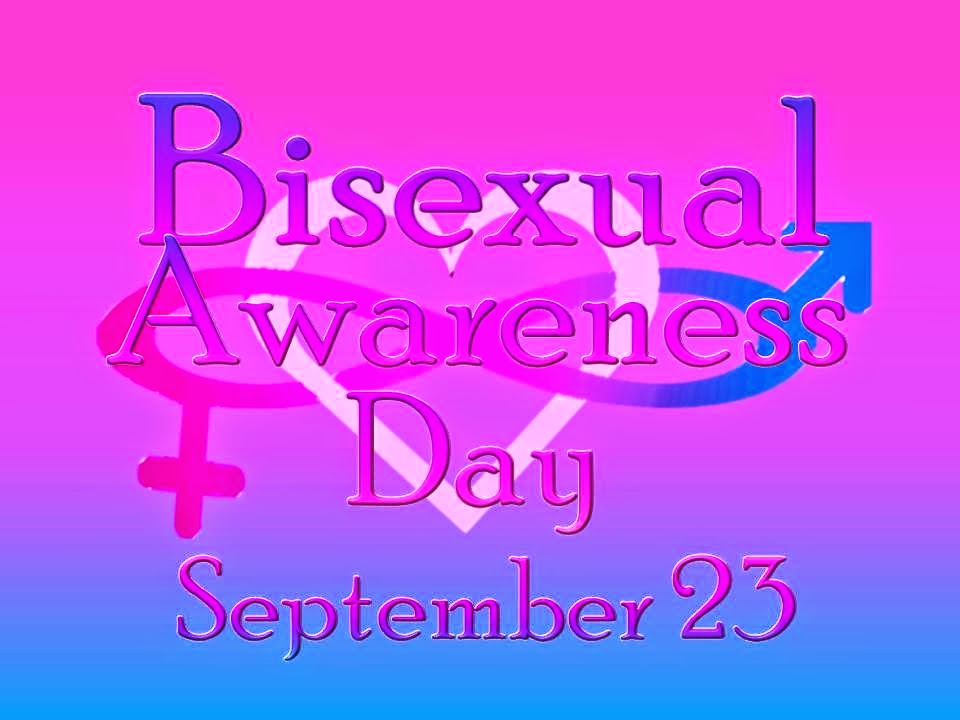 It’s Bisexuality Visibility Month, not Pansexuality Visibility Month, but technically, my orientation can be defined as bisexual. I personally prefer the label pansexual for describing my orientation, because I feel that the word itself is most accurate on a linguistic level. Some of you may know already that "pan" means "all" and “bi” means “two.” I like the label pansexual because “all” is more inclusive of genders and sexes outside of "male" and "female," and that is in line with my attraction. It's more an issue of semantics than anything, because plenty of bisexual folks are attracted to people outside of the gender binary. But I'm not here to talk about linguistics; I'm here to talk about sexual orientation!

I've been aesthetically and physically attracted to people who have identified as pretty much every gender I’ve come across - male (including cisgender and transgender), female (including cisgender and transgender), genderqueer, genderfluid, bigender, neutrois, agender… I think that many people are nice to look at and pretty/hot/cute/sexy/handsome as the case may be, and if they have a personality that clicks with mine, I can be emotionally attracted to them as well. My attractions have been more obvious since I came out a few years ago.

I was in deep denial for many years, despite growing up in a family that would have supported me if they knew I was something other than straight. I have lesbian aunts - my mom's sister, and her partner - who have been together for about thirty years and have two kids. My mom is very supportive of her sister and sister’s partner. Dad treated a lot of LGB patients, and his best friend for many years was a gay man.

But I was in denial about my own "anything other than straight" identity until my early twenties, even during my activism in the LGBTQAetc alliance in high school and the beginning of college. I held positions of leadership and advocated for my friends while pretending to be "just an ally." When I started to acknowledge my attraction to people other than cisgender men in college, a little at a time, it was slightly uncomfortable and I was a bit confused about my orientation. But when I was willing to be honest with myself, I recognized that I had attractions to people of various genders. I finally came out to friends and my immediate family during grad school. It was a relief to finally be telling the truth to myself and others.

I’ve been in a relationship with my boyfriend, a cisgender man, for almost a year and a half (we met in the kink community). We’ve been living together for a year, and are incredibly compatible and very happy together. From the beginning, we’ve been in an open relationship with the freedom to do kinky and/or sexy things with others outside of our relationship, either together or separately. We’ve taken advantage of this at times (more with the nonsexual kink than sexual stuff). And if we ever choose to develop a romantic relationship with someone else, that’s an option.

Again, much of this is a story for another time (perhaps in a post on polyamory)… But I wanted to address my relationship situation because it’s relevant to my orientation. If I choose to hide my orientation, I can “pass” as straight with most people, since my only romantic partner is a cis man. I’m not out about being poly, because a lot of that is kink and sex related rather than romantic related (right now anyway), and thus, not really others’ business (except that of my readers when I choose to share about it). But I like to be out about being pansexual, because having straight privilege from perceived heterosexuality makes me uncomfortable, since it’s based on a lie. I don’t scream my orientation from the rooftops, but I don’t hide it, either. I’m fortunate that even if my partner weren’t a cis man, my state does allow same sex marriage. Plus, anti-discrimination laws related to sexual orientation are in place. Gender identity is on its way to being more fully protected by law. Of course, law and practice differ, but it’s getting better, I think.

On a lighter note, I’d like to respond to a few comments and questions that bisexual and pansexual people face on a regular basis (several of these based on personal experience):

Comment: Oh, so you’re just greedy! Not that there’s anything wrong with being greedy… (I got this from a straight bouncer at a gay club, of all places… and subsequently ended up giving him a lesson in Transgender 101 when I used the word cisgender and he didn’t know what it meant)


Reply: Nope, I’m not greedy. I like keeping my options open, but the options are based on an innate attraction.

Comment: Bisexual/pansexual people are sluts.
Reply: Nope. I’m actually pretty picky about who I have sex with. And even if I had sex with lots of people, would that really be a problem, as long as I were doing it with everyone’s consent, and using safer sex practices?

Question/Comment: Which do you like better, men or women? You must have a preference!
Reply: It’s complicated. I’m attracted to male, female, and androgynous traits. Some bisexual and pansexual people do have a “type” or two that they’re more attracted to, but my tastes are all across the board.

Comment: Bi/pan people can’t be monogamous and will want to be with someone of the other sex in addition to their partner.

Question: Do you and your boyfriend have threesomes with other women?
Reply: Sometimes. Why, are you jealous?


And, I think I’ll end there. Thanks again to HB for hosting. It’s been fun to write this and hope you folks found it interesting!

Thanks so much for hosting my post, and for honoring this month!

Thanks for being here, Sara! It was awesome to have you and it was a great month!