Sorry, no singing mermaids.   :)    (I actually really hate that movie. I'm a huge fan of the original story, the one by Hans Christian Andersen--it's a darker tale with an odd, ill fitting Christian twist at the end that only bugs me because it seems to come a bit out of left field, but maybe that's just me. Or "adult" me, because as a kid, I don't recall ever making the connection or feeling like there was a disconnect between the ending and the rest of the story.)

By and large, I generally like Disney, but they have had a bad habit of tinkering with stories to make them more palatable to young children. I don't necessarily mind them taking the self-mutilation out of Cinderella (because "ewww!") but The Little Mermaid is a part of my childhood that I didn't care to see tinkered with. (Beauty and the Beast is another one that I didn't care for, even though they didn't actually tweak the story line all that much.)

But as usual, I digress.

As I said to both of my (awesome!) beta readers: all of my world building was done on the fly.  Originally, Tentacles and Chain was an exercise in fun, to get me out of the dark places I have to go for Bond: Damaged Goods. I wanted something BDSM-y that was lighter (so naturally I went for dub con, go figure!) But dub con aside, Tentacles and Chain is a fairly light story. Character goals are straight forward and the story focuses only around the two MCs. There's no real antagonist and no major angst in the first draft. (I added in a little to the final draft, but that was because I was finally getting around to world building!)

Traditionally, mermaids are drawn with fish-like tails that have mammalian characteristics.

That is, mermaid tails are typically scaly (fish-like) with long flowing fins (also fish-like), but that tail fin is  flat or horizontal, like a marine mammal's.  (Compare the mermaid's tail to the dolphin's and the beta fish's).

That's something you probably knew, but may never have thought about.
Now, in today's world of fantasy art, there are all kinds of mer-folk. Some with traditional tails, some with fish tails (one of my favorites is a beautiful koi-mermaid; there are also wonderfully fierce shark-mermaids and mermaids with eel-like tails), and some with octopus...well, not tails so much as tentacles where those tails would be.

Which gets us back to world building on the fly.

While some artists render a more dolphin-like tail for their mer-folk (take my friend Shira's Mermen of Ea series with awesome cover art by Anne Cain, for example), I've always preferred scaly tails with long flowing fins.  So when I discussed cover art for Tentacles and Chain with Gus Li, that's exactly what I asked for (and I've seen the rough sketch--Gus has delivered an awesome drawing that is spot on to what I had dancing around in my head!) 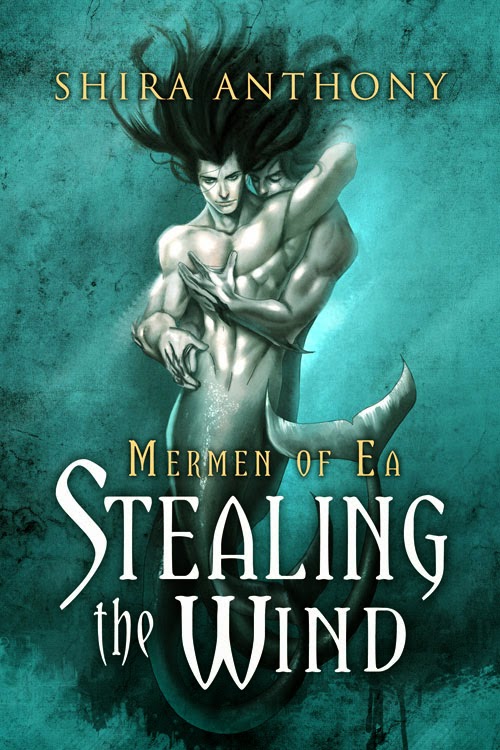 However--and this is where the whole world building thing comes into play--I'd already decided to follow Shira's lead when it came to mer-kin sex and model their anatomy after dolphins. (And just let me say, that when you Google "dolphin sex" you learn a whole lot more than you ever wanted to about Flipper!) Because I decided to use dolphins as my guide for mer-kin anatomy, I decided to call my mer-kin  Cetaceans. (Cetacean is the scientific name or classification for dolphins, whales, and their kin.) The fact that my Cetaceans have scales and long flowing fins would just be a case of "artistic license".  I'm not writing a scientific textbook, I'm writing a fantasy, I can take a little liberty, right?

Then I discovered another glitch in my world building. In order for the story to work, my poor kidnapped merman would be underwater for a very, very long time. I'd better give him gills if I didn't want him to drown.

Dolphins and whales are mammals. They do not have gills. They breathe air and while they can hold their breath for a very long time, there's still a limit.

Fortunately, Mother Nature did provide me with an animal that has both gills and lungs, so perhaps I'm not totally out in left field in giving my mer-kin a set of gills to go along with those lungs. (And mostly I wanted them to have lungs because I don't like mermaids without noses. It just looks wrong.) 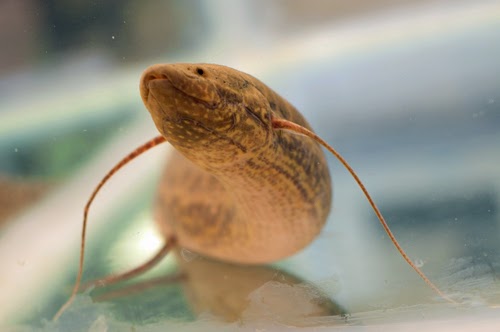 So: Meet the African Lungfish.  They have primitive lungs and can survive--and even move about--out of water.

(And there are plenty of artistic images out there of mermen with perfectly normal looking human noses as well as obvious gill slits in either their necks or sides, so again, I'm not totally out in left field here. Or at least, I'm not out in left field by myself, there are lots of other artists to hang with!)

All of this probably means that I should change Cetacean to Icthyian (icthy-being "fish" or some such--I'm not really a scientist or a linguist, but growing up, one of my childhood heroes was ichthyologist Eugene Clark. Yes. I was a bookish child.)

But...there's always a but. I think I'd rather reserve Icthyian for truly fishy mer-kin, like shark tailed and eel tailed mer. They don't come into play in Tentacles and Chain but that doesn't mean there aren't other stories simmering in the back of my brain that take place under the sea...

Haha, the movie was actually my favorites as a kid, but now I don't like it nearly as much. As for the Hans Christian Andersen story, yeah, that one was nifty, and I agree about the ending.

Yay world building on the fly having actually worked out! I would not be gutsy enough to do that, I don't think.

I love the images you've included in this post!

Neat that you wound up combining several creatures to make your Cetaceans. Makes sense to me, and I'm a scientist :)

So looking forward to you starting to post Tentacles and Chain :D Glad you wrote it and had fun with it!

And the last note on Icthyian, makes sense you did what you did. If you write more under the sea, I will definitely read it!