And no, this isn't going to be about some slash-fic. I want to actually talk about the fourth installment of the Transformers...WAIT. Don't bail on me just yet. If you give me a moment, I'll explain.

First, let me say that I wholeheartedly believe that there's no excuse to bash other people's writing or dreams or projects; I would much rather spend time rising up the things that I love than attacking things that I don't. And from an average viewer's perspective, the latest installment of the Transformers movie was pretty good. A little darker than its predecessors, but there were explosions and conflict and lots of darned good acting.

There were a lot of things that bugged me as a writer. And when the critical brain gets going, I think there's something to be learned. Fair warning, the following dissection is nothing but spoilers. If you haven't seen it yet and want to (and if you're a sci-fi junkie like me, you should!) you might want to come back and read this later. 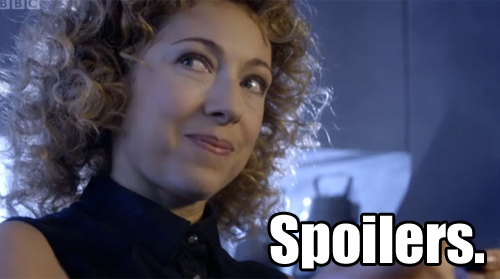 Let's start at the beginning, with Darcy Tirrel (played by Sophia Myles) wearing a white parka, arriving at an unspecified place in the arctic to discover a dead Dinobot. She goes off on a tangent about how history as we know it about to be re-written.......and then we don't see her again for at least half an hour (I wasn't timing, but it was a rather long time.) And when we do see her again, she's wearing a white suit and shoes (in stark contrast to villain Joshua Joyce--Stanley Tucci, who was brilliant--and his harem four assistants who are all in black, with strangely matching shoes.) Joyce has been working with the CIA and the U.S. Military to hunt down and kill Autobots so that he can learn how they tick. Of course he's telling everyone that they're Decepticons and strangely, no one questions this.

So back to Tirrel. She rants for a few mintutes about history and evolution and everything as we know it not being what we thought, which gives Joyce the perfect opportunity to let the audience know tell her all about his evil plot plan to save humanity from further alien invasion.

Tirrel is quickly won over to the cause. Afterwards, she vanishes almost completely (we see her having a brief discussion with Cade Yeager--Mark Wallberg's character--in which Yeager tells her that the head they're watching be cut apart is an Autobot, not a Decipticon, as Tirrel--and the rest of the American population--had been led to believe by Joyce.) 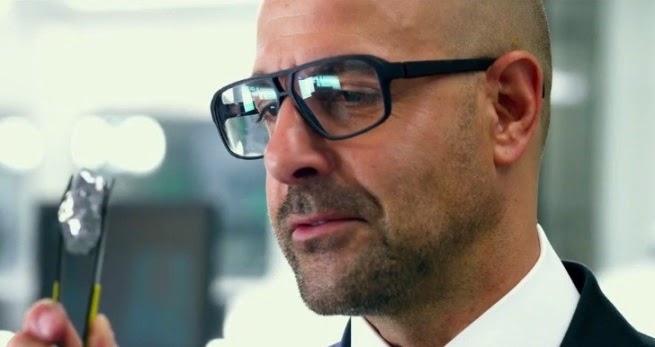 I'll come back to Tirrel in a moment. For now, let's talk about Joshua Joyce. He is a villain. He may not be directly responsible for some of the horrible things his minions are doing, but well, they are his minions. (And man, can Kesley Grammer play a good bad guy! And yeah, technically, Grammer's character is Joyce's partner, but that doesn't absolve Joyce of what he's doing.) But. Let's stick with Joyce, the money and power hungry scientist all-American guy who just wants to protect the human race and will stoop to any means necessary to do so--even slaughtering Autobots (you know, our allies and the good guys) so he can dissect them and make more. (Kind of a commentary on cloning, there were numerous discussions about whether or not we should do something, just because we could. The part about the man-made Transformers not having souls felt a little heavy handed, but whatever. It gives the audience something to chew on along with their popcorn.) 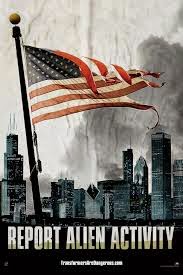 The audience is set up to hate Joshua Joyce from the start. And that is awesome. Tucci is a great actor who played a convincing villain.

Except that three quarters through the film, he jumps the shark has a total change of heart because he's a scientist, just like Cade Yeager. We know it because Yeager--who has no reason to love the guy, who he doesn't honestly know from Eve's house cat--says so! And now, Joyce is the good guy. He's going to save the city. The planet. He's even going to get the girl.

And Darcy Tirrel finally re-appears to tell him she's proud of him (even though she isn't the girl he's going to get.)

I won't get into the plot holes in Yeager's character, they're just too glaring to deal with.

I won't even get into Lucas Flannery (played by T.J. Miller) who gets senselessly incinerated for no discernible reason than the writers wanted us to believe that any character could be killed off at any moment. (It didn't work.)

Every character should have a purpose. (And not just as a means to prove what the writers will and won't do.) 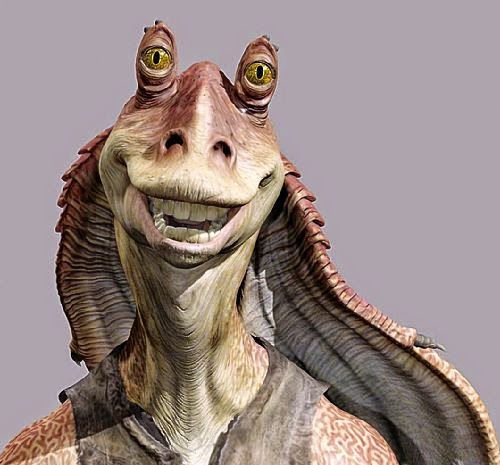 Which reminds me: I almost forgot about the President's laughable Chief of Staff (who's only been on the job for a week and has even less political savvy than I do). He'd got less than ten minutes of screen time, during which he provides no forward motion to the plot or character development for the other characters he's on screen with. He's simply a buffoon. Blessedly, we don't have to watch him bumble around for long.

Since this was an over-the-top science fiction/action flick, I was okay with cardboard villains. The acting was good, a couple of them had some and hazy vague back story ("I lost people in Chicago"). I can live with that from Hollywood (and seriously, it wasn't like I was going in expecting some sweeping, epic space-opera with Joseph Campbell inspired heroes or anything.)

What I wasn't okay with me (as a writer) is why we got the set up of a potentially great character (Darcy Tirrel) but there was absolutely no follow through (seriously, you could cut her character right out of the film and not loose anything). Yes, I enjoyed Sophia Myles on screen, but if a character can be cut, cut them. Or develop their plot. Don't just leave them hanging around as eye candy and people for the villain to reveal their plans to (and later tell him she's proud of him--I don't why he should care, and therefore I don't care. See how that works?)

I also don't understand how with just a few words, and in just a few minutes of screen time (and with absolutely no clues, backstory, or foreshadowing) how anyone is supposed to embrace the prick guy behind the whole "let's kill all the Autobots and steal their technology" as a hero.

And that's what I learned at the movies yesterday.

Feel free to discuss in the comments below!
Posted by H.B. Pattskyn at 4:18 PM