I seem to be incapable of writing fluffy, happy romance. Okay, I love (demand of myself) happily ever after, after putting my tortured characters trough hell and back (though I'm still not as viscous as some...*cough* J.P. Barnaby *cough* but you know love her for it!). I also seem incapable of not writing about something other than what I'm writing about.

It's not really a conscious decision. I don't sit down and thing "what do I want to tackle this time??" I fought Daniel on his HIV status tooth and nail when I was working on Hanging by the Moment. In the end, he won. They always do. (For imaginary people living in a writer's head, characters have an awful lot of power over us!)

So, no, it's not a decision I make. It's an organic part of character creation. I can't speak for other writers, but for me, characters don't spring fully formed from my head, like Zeus giving birth to Athena. It's more of a gradual evolution. A seed gets planted, half of an idea, a hint. 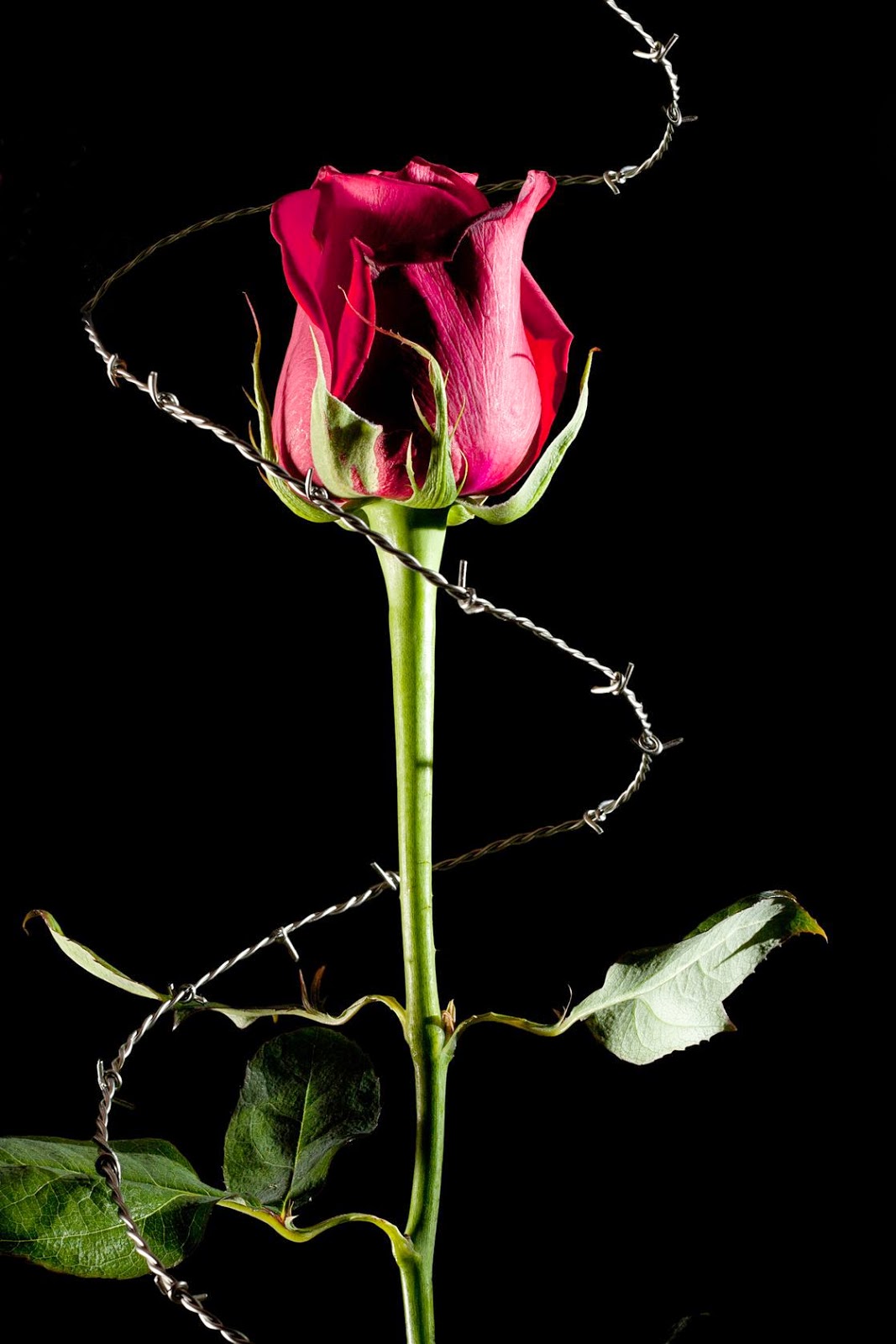 I hadn't written Bound: Forget Me Knot yet, so I had NO idea this second Dom was Derrik Hino. Even after I wrote it, I didn't think it was Derrik. I mean, c'mon, the guy's a prick. (Hey, that's his word, not mine.)

I shelved the story and moved on--then this last Feb. there was that drum circle and that plot bunny, standing there, tapping its foot waiting for me to get writing. Since I'd come to a point in Andy and Dillon's story where I needed some space (mostly because I'd come to a point in my life where I needed some space), I decided to start pecking away at it.

At which point Derrik said there was no way he could do that, what made me think he was in any shape? Did I have any idea ow fucked up he was?

As a matter of fact, I didn't. All I knew about him was that he was Henry's ex and that he was the one who'd thrown the collar at Henry's feet over some kind of argument that brewed too long without being brought out for discussion. I honestly didn't even know what he argument was about. (You can blame Henry for that. He's very closed-mouthed when it comes to stuff that involves other people, stoically taking the blame for things that aren't his fault).

So Derrik and I sat down and had a little chat (in my head, honest, I'm not that crazy!) and he told me about his past. The title Damaged Goods refers to both Derrik and Palo, because it isn't a story of Derrik fixing Palo, it's a story about the two of them fixing each other, because they're both pretty broken (although if you ask me, Derrik's in far worse shape. Actually, if you ask him, he'll agree.)

Once upon a time, about 20 years ago, I was involved with a man. We'll call him "the ex". I'd dabbled in a little light bondage before, but I was finally to a point where I wanted to do more than dabble and so the ex. I wanted to go out and meet people, read books, and learn about doing it right. He didn't like to read, and he didn't want anyone telling him what to do. At the time, it didn't occur to me to look online (although this was during the days of the dinosaurs, dial-up, and AOL chatboards.)

At any rate, he was my Dom--and it was my idea, I'm the one who suggested it--so I did what he said.
No books. No munches. Just me and him exploring the things that turned us on.

Well. No. Not really. That should have been my first clue that things were going to go south.

I wanted to try roll playing. He didn't. So we didn't. I did NOT like certain things because they scared me. He did like them--besides, wasn't it fun to be scared? I was perfectly safe, honest. There weren't any bullets in the gun. We were just playing.

Yes, red flag number two came and went and I barely looked at it. And you know, some people might find guns sexy. I honestly just find them terrifying. Those were some of the hardest scenes to get through--but there were good scenes too, right? (Yes, there were. They were hot and sexy and so what if he liked things I didn't. Being a sub is about doing what your Dom wants.) 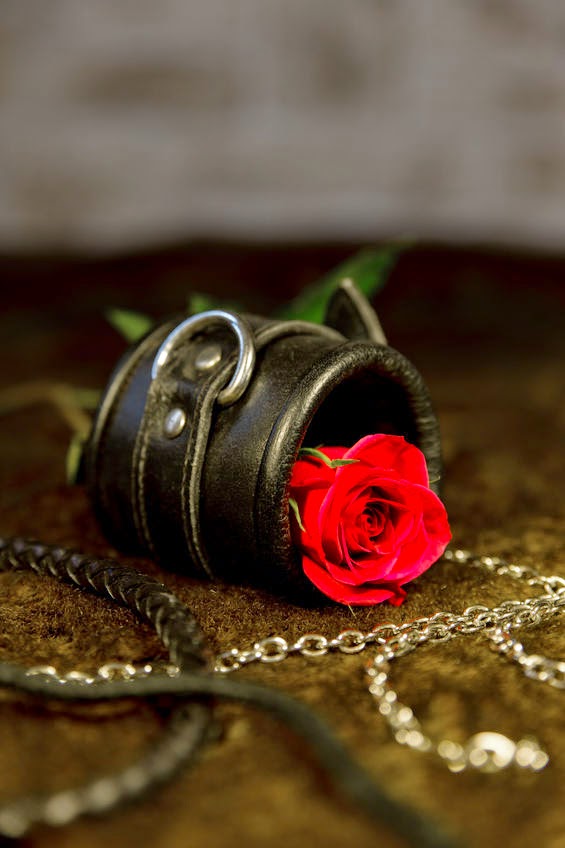 Now, my ex and I didn't have a 24/7 arrangement. I'm headstrong and don't want to surrender total authority to someone else in my home. And at the time, I was in a position of leadership in the coven he and were in together. I'll admit, it was weird. In the bedroom I was his sub, in the home I was (supposed to be) his partner, and in the Circle, I was his High Priestess. The problems started when we would be getting ready for ritual and he'd get all Dom-y on me and grab my neck.

He wasn't trying to hurt me. He didn't even leave a (physical) mark.

He was simply reminding me of my place, reminding me that no matter where I went or what I did, I was still his property. I'd said so. I was his sub. It didn't matter that I was about to go and try to be a leader to the eight or so of our friends who had chosen me as their High Priestess (a job that's a combination of mother, psychologist, nurse, best friend, sister, and of course spiritual guide). I was his. I would do what he said, when he said. He would allow me to be a priestess, but only as long as I remembered that I was his sub and treated him accordingly.

And yes, that should have been yet another red flag, but again, I ignored it. I said to myself that he was as new to this as I was, so it was just an honest mistake. He'd forgotten that I only agreed--only wanted--to be his sub in the bedroom.

It finally took a very scary moment of what at least comes close to physical abuse for me to wake up and smell the divorce papers.

He had me tied down (I love being tied down!) and we were fooling around. So far, so good, right? Doing something I enjoy doing, having fun, this is awesome. Until there is a very big, very heavy pillow over my face and it's being pressed down very hard.

No. He wasn't trying to hurt me. He just liked it rough and violent and well... yeah. When the muffled screams failed to get him to stop, a good swift kick to the kidney did the trick. He tried to explain that it was just a new game, something he wanted to try. I explained that I had NOT consented to this game.

But he's my Dom. He can do what he wants and this is the game he wants to play.

That was the last time he ever touched me. Within months the marriage had dissolved (and of course it was my fault for not fulfilling my wifely duties in the bedroom.)

Unfortunately, the story has a sad (though not as sad as it could have been) epilogue.

Because we have a child together (a child I'm glad will never read this!) my ex and I were still in touch with one another. Some conversations were civil, some were awful. But it was one of the better talks that he brought something up to me. He felt it was only right to tell me how wrong I'd been in our relationship and what a rotten sub I was, always trying to Top him from below.  See, he'd talked to a couple of other Doms in his group and they agreed that as his sub, I should have submitted to whatever he wanted, whenever he wanted it. That's what being a sub meant. Clearly, this lifestlye was not for me. (Yes, he was a manipulative bastard, but that's beside the point.)

The guy I'd been dating was at work when the conversation with my ex took place, but but luckily, one of the other Doms in the group we'd been going to had exchanged numbers with us (just the night before, if memory serves) and I called him in a near-blind panic. My heart was pounding, my palms were damp, and I don't know that I was making a whole lot of sense when his sub and partner answered the phone and I asked to please talk to him. 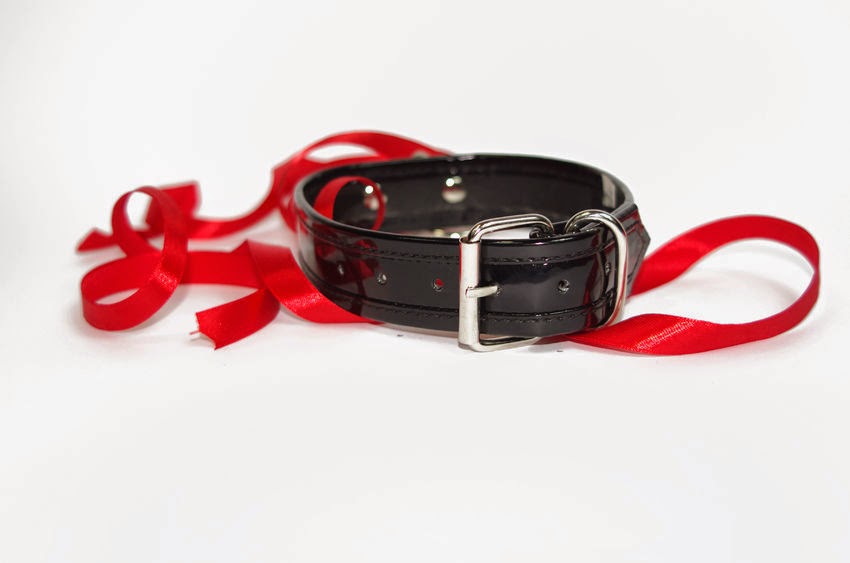 He talked me down. He told me a few stories about the other group, who as a whole tended (at least at the time) to attract the kinds of people who aren't responsible--not that they're all bad or anything. It's just that they'd created a place where people who don't want to follow the rules (safe, sane, consensual) can go and not have rules to follow. He said in no uncertain terms that I had been completely within my rights as a sub to call an end to a scene that made me uncomfortable. We talked for a long while and he made sure I was okay and that my beau would be home soon and that yes, I would call him as soon as he was.

All of this from a guy who had only met me twice, but understood that my partner was unavailable at the moment and was determined to talk a scared sub off the proverbial ledge.

Because *that* is what makes a good Dom. That, in fact, is the kind of Dom my characters David, Henry, Lilianna, and to a lesser extent Derrik (once he gets his poop together) are based on.

My husband (who was my partner at the time) and I ended up dropping out of the group we were in because there are only 24 hours in a day and we had a lot going on, but I still think about that phone call and that Dom in particular from time to time. I also think about that other guy, the one who told my ex that it was okay to do whatever he wanted because he was my Dom and in a D/s relationship, the sub always does what he or she is told, no questions asked. To do anything else is Topping from below and means he/she isn't worthy to be a sub.

And that's what I've based Palo's story on. He's a sweet kid who only wants to make his Dom happy, he just had the bad luck of meeting the wrong guy, the type of guy who exists in real life, because in real life no one group has a monopoly on assholes and abusers--and no one group can weed them out, no matter how much we might wish otherwise.