A recent discussion on one of the writers' groups I belong to has helped me put my writing life into perspective.
But let me start at the beginning. Several years ago, I was a happy little fanfiction writer cranking out a 2000 words a day. It was fun; it was easy. I got a lot of incredible feedback (for which I continue to remain grateful)  Along comes my first (published) novel and... well, things shifted. Due to a bunch of stuff happening (and not happening) in the rest of my life, I decided to do this writing thing full time. After all, I can write 2000 words a day, easy, right.
Wrong. 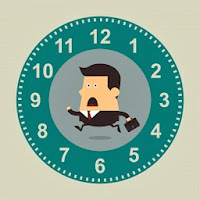 For me, having deadlines (and bills that I have to pay with my writing) stressed me out immeasurably. (I thought deadlines would give me focus--it works that way for a lot of people.) And of course the more stressed I got, the less I was able to write. Not just a matter of writers' block/not feeling inspired**, but genuine depression that at times made it hard for me to even get out of bed. All I wanted to do was get lost in a video game or  Law & Order reruns. Which is fine for a day or two, but weeks on end? No, definitely not a good scene. (**It really is true that those who wait for inspiration rarely succeed--to be an author, you have to write pretty much every day. It doesn't have to be great, it just has to be words on the page. We all suffer from writers' block, but we find ways around it, whether that's working on another project, taking a day off--but only ONE--to read a book or go for a long walk. The best advice I've seen so far for writer's block is going back to the last spot where you loved your story and working on it from there because writers' block might by your subconscious' way of telling you there's something wrong with how the story has progressed.)
After missing a bunch of deadlines, I finally emailed my (wonderful) publisher and asked her to take me off the calendar until I could get my head straight. She agreed that if deadlines don't work for me, I shouldn't try to push myself and that depression is truly nothing to fool around with. (As a matter of clarity, we're talking submission deadlines, not production deadlines. Publishers and editors are NOT going to be so forgiving after a work has been contracted--nor should they be.)  As for the depression, yes, I'm doing all the things I can to work through it rather than just sucking it up the way I was taught to do as a kid. (Grandma used to say that everybody had bad days and while that's true, sometimes it gets to be more than a person can handle on their own.) 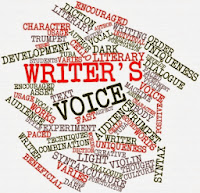 But it's still hard when the Powers That Be (marketing type people) tell us that in order to succeed we should put out a book every six weeks and that the bigger of a back catalogue we have, the better our chances are of making a living writing. (I totally agree with the latter statement, by the way). It's even harder when I see some of my friends releasing two and three and four books while I'm still clacking away on my current WIP. I'm incredibly proud of those friends and absolutely thrilled for their success--and that's only partially altruistic. The faster Shira writes, the more gorgeous musicians and sexy mermen I get to read! Totally win-win in my book  *G*
So, that's the backstory. Writing is hard work. There's pressure to produce and while most of it comes from within, there is that electric bill that I have to pay.
Then last week, one of the conversations on a writers' group thread meandered its way to how fast (or not) some of us write. I'd been feeling like I was the only one to be so pokey--but it turns out some of my favorite authors are in the same boat I am. One, maybe two books a year is all they can reasonably manage--trying to do more led to stress which led to lower productivity which led to stress and around it went. Just. Like. Me. I wasn't alone! Yeah, it's silly, but it was great to know I wasn't the only one (which means I cannot possibly be a failure--and yes, that's exactly what I was thinking.)
The bottom line came down to this:
That doesn't mean we shouldn't set goals and try to keep them, but our goals have to be realistic.
My goal is 2000 words a day, 6 days a week. I haven't been able to meet that goal very well, but I'm learning to be gentle with myself when I don't and to be happy when I get words down, period. There's a lot going on in my life right now and sometimes, it gets a little overwhelming. The trick is to not give up, to not let unobtained daily writing goals become so much of a discouragement that I give up all together (yes, it's crossed my mind), because in the long run THAT will be a much bigger disappointment than only writing 500 words today. 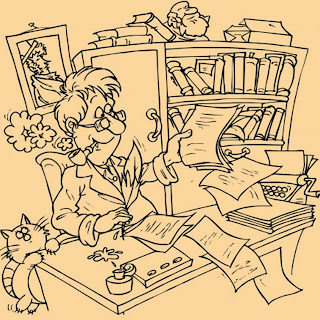 Yesterday, I wrote 3400 words (and I'm over the moon happy!) Besides this blog entry, I've got about 700 down already for today. I've got some other business type stuff to get to today (guest spots for other blogs, getting my newsletter finished), and yes, I'm feeling a little stressed because we have to get some bills sorted and holiday shopping to do. But I'm loving the direction my boys are going in and I want to finish their story, not just because it means (possibly) a contract but because I really *want* their happily ever after. Staying focused on the reasons I love to write is helping, especially when life gets a little overwhelming. Writing is still a job for me, but if I start to hate it, I might as well go back to waiting tables.
Posted by H.B. Pattskyn at 12:18 PM

"It's even harder when I see some of my friends releasing two and three and four books while I'm still clacking away on my current WIP."

XOMG yes. I see everyone with their contract news, with the multiple nominations they have for the Goodreads readers' choice awards, and I have my one novella out and no motivation to work on anything. I'm blaming it on the cold weather. :P

But yes, I can't seem to see other people's successes as inspiration, only as a standard I'm not measuring up to. I really should stay off facebook, except then I wouldn't see lovely, encouraging posts like this one.

I have to be careful with Facebook, too :) (And you really don't want to hear Andrew Grey talk about how many words he wrote last year *G* I admire him, but it's a little depressing).