Please help me give a warm welcome to Michael Rupured! I hope Michael will forgive me, I'm a bit sleep deprived at the moment, fortunately, our faithful cabana boy has the coffee ready... 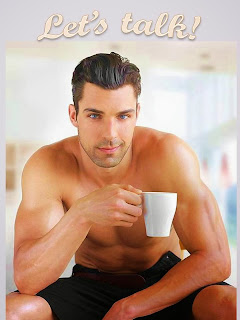 Thanks, H.B., for having me back to talk about After Christmas Eve. To celebrate the release by MLR Press of my second novel, I’m giving away 10 copies (ebooks) through an 11-stop blog hop. To enter, comment before midnight, October 25, 2013 on any of my posts on the eleven participating blogs. Be sure to include an email address.
Pantsing is a very free-wheeling, stream-of-conscious style of writing that many writers prefer. The problem, at least for me, is the need to revise a finished chapter to include something I thought about six chapters later—over, and over, and over again. I get confused about what has and hasn't been changed and always worry about missing something.
The constant revisions pantsing requires were so painful, I vowed to find a better way. For After Christmas Eve, I wrote a one-page synopsis, pages of backstory for all the main characters, and three-sentence descriptions for every chapter—about thirty in the original outline—before writing any of the story. Changing the description of what's supposed to happen in a chapter is a lot easier than revising a finished chapter.

Did I follow the chapter summaries I wrote up? Mostly. Some chapters came out almost exactly as planned. They may have picked up and left off at different places than I'd envisioned, but the gist of the story didn't change. A few chapters were not in the original outline, but were needed to get me from where I was to where I needed to be.
Writing an outline is not the same as writing the novel. An outline hits the high points. Once I started writing, things happened that weren’t in the outline. The story got high jacked by several supporting characters, forcing me to go back to the beginning to dial up the protagonist.
I learned that, with or without an outline, pantsing is an essential part of the writing process. When I'm making it up as I write—and I know other writers have the same experience—random words end up on the page that later turn out to be important. Characters say and do surprising things that simply had never occurred to me. I worried that outlining would somehow keep this from happening. But it didn't, not one little bit.
Knowing where the story was going and what had to happen kept me focused on the plot and prevented a lot of needless wandering around. But—and this is a good thing—the characters filled me in on important things about them I didn't know.
Here’s the blurb:
As Philip Potter wraps up his last minute shopping on Christmas Eve, 1966, James Walker, his lover of six years, takes his life. Unaware of what waits for him at home, Philip drops off gifts to the homeless shelter, an act of generosity that later makes him a suspect in the murder of a male prostitute.
Two men drive yellow Continentals. One is a killer, with the blood of at least six hustlers on his hands. Both men have secrets. And as Philip is about to discover, James had kept secrets, too. But James wasn’t trying to frame him for murder… 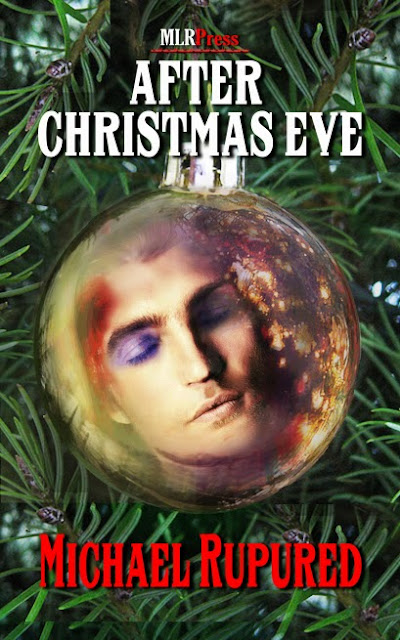 *This is the tenth of eleven stops on the After Christmas Eve Blog Hop. Excerpts appear in serial form along the hop, beginning with my post at http://www.shiraanthony.com/?p=3217.
Excerpt #10 of 11
Step by careful step, he made his way down Twenty-first Street toward G Street and the apartment he shared with James. He winced as the scream of a siren from a passing ambulance filled his head. More sirens wailed in the distance. The hair on his neck prickled. Though he hadn’t been to Mass since second grade and had never considered himself a religious man, he crossed himself and said a quick prayer for the unfortunate victim’s family and friends as the sirens converged at a location a few blocks ahead of him.
He rounded the corner onto G Street and saw that the uproar revolved around his apartment building. Anxiety about James’s meeting with his father hardened into a knot of tension that made breathing difficult. The icy sidewalk prevented him from running, but he picked up his pace as best he could and hurried to the building.
An ambulance and half a dozen police cars blocked the street. The red, amber, and blue flashing lights on the snow-covered evergreens reminded him of the flocked Christmas tree he’d seen at the shelter. Bystanders huddled together in small groups talking amongst themselves.
As he passed the first group, he heard a woman say, “We were watching television when I heard a gunshot right outside our door.”
Another faceless voice reached his ear. “…took his own life, and here on Christmas Eve….”
A uniformed officer blocked the entrance to his apartment building. Philip stopped on the sidewalk, three steps below the landing. “Excuse me, sir. I live here. May I come in?”
The officer gave him a quick once-over and asked, “Which apartment?”
Darkness and the flashing lights made it hard to see his face. A single, bushy eyebrow extended almost from ear to ear beneath the visor of his hat. Philip wanted to ask if he’d ever heard of tweezers. “I live in apartment 203 with my roommate.”
“Roommate?” The giant brow furrowed, the officer’s expression changed. Philip detected derision in his voice.
“Yes, my roommate, James Walker. Have you seen him?”
The bushy fringe arched as the officer’s lips curled into a sneer. “Yeah, I’ve seen him. He’s laying up in that hallway with a bullet in his head.”
Philip heard the words, but couldn’t quite glean the meaning. “I’m sorry, what did you say?”
“I said your faggot boyfriend blew his brains out.”
Understanding struck Philip as the officer disappeared up the stairs. His knees buckled and the snow-covered sidewalk rushed toward him. The last thing he saw was the box containing the fire engine red transistor radio he’d purchased for James tumbling down the sidewalk and into the street.
Continued on 10/25 on Julie Lynn Hayes’ blog (http://julielynnhayes.blogspot.com/)
Buy link: MLR Press (http://www.mlrbooks.com/ShowBook.php?book=MRAFTERX)
Web site: http://rupured.com
Posted by H.B. Pattskyn at 12:00 AM

Ooh, instead of feeling for Philip I'm mad at the cop, but I guess thats how it was.

Poor Philip! There is no good way to get that news but what an ass! I hope he's saved the horrific sight of James' body.

And I'm afraid it's going to get worse before it gets better....

While there are no good ways to be told this kind of news, this one was terrible. The shocks will keep coming for Philip and I want to support him so much through this.

Philip is a very lovable character. I can tell you he'd definitely appreciate your support!

Oh, God. I mean, I knew it was coming, but dear God. My heart is just breaking for Philip right now. And people are just so cruel.

Would it help to know the story has a happily ever after ending?