I'm so excited to welcome author West Thornhill to my blog today!
-------------------------------------
I tried for a few days to write this post on two of my bisexual characters and kept feeling like I was going round in circles, especially about what to say. I would sit and type and then read over what I’d written. A roll of the eyes, sigh, click select all and delete. Frustrated with myself did not even begin to address what was spinning around my head.
So, I’m going to try and keep it simple. Plus I don’t want to give away any spoilers if you’re thinking about maybe reading the books.
I co-author an online YA LGBT friendly, sci-fi/fantasy series called The Ravens Crossing (TRC). In﻿﻿﻿ the fall of 2011, my co-authors and I started brainstorming a world filled with Gaeas, Perceptives, Normals, and the Annos. February 2012 we introduced everyone to Wildwood and TRC.
Now, in the fall of 2013, we are moving forward with the next generation of TRC kids. The first three seasons are all available in e-book at Amazon, Smashwords, and Barnes & Noble.
When we were creating our characters, a set of triplets were the first I came up with. Kazuki, Raiden, and Tetsuya. Immediately I knew Kaz was gay, Raiden straight, and Suya bisexual. I know this doesn’t typically happen, but hey this was my world and anything is possible. J Kaz and Raiden were easy to pair up. Suya, though, he was my tough nut. Out of all of my characters, he quickly became my favorite.
Suya always knew he liked boys and girls equally. But there would only be one girl he would ever love, his soul mate Darci. The problem with that was Darci and Suya would never be more than best friends. Darci was also the one who kept all of Suya’s secrets, even if it wasn’t the best idea. 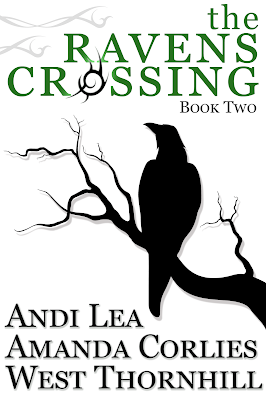 Keenan has always been confused. He is a part of the season four cast, but he’s already made appearances in the first three seasons. What do I mean when I say he’s confused? Well, he can admit that his brother’s, Quinn’s, friends are hot, the boys and the girls. But when it comes to dating, he doesn’t have a clue what to do.
His confusion gets worse when he meets Sera. Sera is MTF Transgender. Keenan really starts to question himself. He doesn’t know how he’s supposed to feel or what it means to fall for the ethereal girl. Keenan decides to talk Quinn. During their conversation I think Quinn asks him a very important question – why do you need to label yourself?
Suya and the others in the first three seasons have all graduated and moved off in different directions. I will be continuing to write Suya’s story. New Adult, Adult…I don’t know. Suya is pushing hard for it to be an erotic romance. Trust me.
Keenan, Sera, and a whole lot more are the focus of the upcoming season. So, if you follow along online, you’ll get to see how they deal with high school and being the siblings of powerful Gaeas. I’m also working on a story that I hope to have finished before season four begins where you meet Sera for the first time, and learn more about Keenan’s confusion. 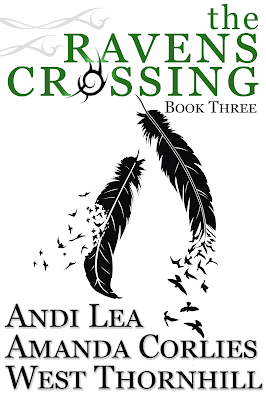 I really hope this small introduction to two of my characters will prompt to you to want to find out more about The Ravens Crossing. It is a complex and ever growing world. Heck, the three of us are still discovering new things about the world we created.
http://www.theravenscrossing.org/
Who is West Thornhill?
West is the anime watching, soccer cheering, One Direction listening author of YA, NA, and Erotic Romance. She is nowhere near as interesting as the characters who live in her head. But she tries. In past few years, she has had five books published and recently got the rights back to her first novel and short story. She is currently revising and re-editing them for re-release.
Ten years ago West went back to college as a non-traditional student at an all woman’s college. Three years later she had received her Bachelor’s degree in Classics with a minor in British and American Literature. So, yeah, she’s a geek, something she’s rather proud of.
Now, she can be found either sitting in front of her computer typing away or hanging with her teenaged son. Every so often she can be found at the local Starbuck’s tossing back white chocolate mocha’s, hot or iced.
http://wthornhillauthor.blogspot.com/
Posted by H.B. Pattskyn at 12:00 AM

Thanks for having me. :)