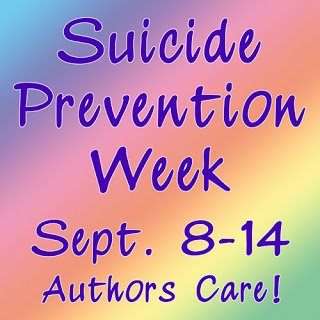 Technically, this is Bi-Pride month here on my blog--but let's face it, LGBT people are more likely to be bullied into suicide (especially our youth) or end up going there because of depression and rejection (either real or imagined) than our straight counterparts. 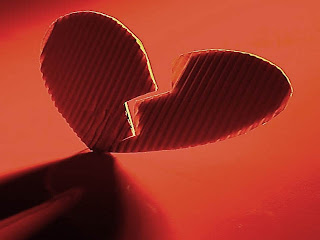 I wrote in that scene after hearing about a local teenager who took his own life after having been picked on relentlessly over his sexual orientation. When I heard the story, I felt so utterly heartsick and helpless. It wasn't the first incident I'd ever heard and it hadn't hit that close to home (it wasn't my daughter's school or my old high school or anything), but something about that particular story just struck a deep, deep cord.

I couldn't imagine what it must have felt like for that young man to feel so shut out, so afraid of being rejected by his family, that he thought it was easier to take his own life than to have to face one more day on this earth.
I do what it feels like to be on the other end, to be one of the people left behind after someone takes their own life. Another day I will never forget happened almost 18 years ago (I remember because I was pregnant at the time). I was at work and I got a phone call from a friend who said he needed to tell me something and then advised me to sit down before he continued. Those sorts of phone calls never go well. The shortest version of events was that his roommate, his friend as well as mine, had gotten up sometime in the wee hours of the morning, taken the shotgun from the hall closet, gone out into the backyard and shot himself in the abdomen. The friend who called me was probably the last person to see him alive, as they said goodnight after an evening out with friends. That friend was also the person who found him the next morning. 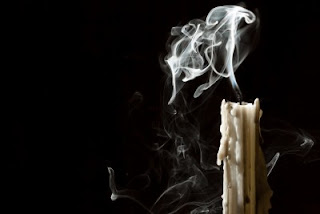 We knew our friend (the one who took his own life) was going through some difficulties, but they seemed like the kind of perfectly ordinary things people go through and nothing that couldn't be recovered from--nothing that was even life altering in the long term. Unfortunately, his solution to his problems were life altering and not just for him, but for everyone who loved him.
Everyone who still loves him, even 18 years later. I'm still angry at him and I still miss him. I'm not the only person who feels that way.
Which is why I thought it was important to take a few days out of my scheduled Bi-Pride month to acknowledge Suicide Prevention Week. The only way to begin to prevent these tragedies--tragedies which certainly affect all of us, but definitely affect anyone who is classed as "different" or feels like they don't belong--is to raise awareness.
When I was first discovering my own bisexuality, I never felt suicidal, but I did feel like I no longer belonged, like I no longer had a peer group. I wasn't gay. I wasn't straight. A lot of gay people snubbed bisexual people because we "couldn't make up our minds" or "needed to get off the fence" or "wanted it both ways." Straight guys were often just rude ass hats, "do you and your girlfriend want to come over to my place?" they'd ask with a leer. I didn't know anyone else who was like me, who could tell me it was okay to feel the way I did.
There's nothing worse than feeling like you don't belong, like nobody understands--but there ARE people out there who do understand, who have been there. In this day and age, help is literally just a mouse click away.

As a part of the blog hop, our wonderful hostess/coordinator Louisa Bacio is offering a top prize in the form of an Amazon Gift Card. For my part of the blog hop, I'm offering one winner a signed paperback copy of my new book Hanging by the Moment. Please leave a comment below to be entered to win--international entries are always welcome, just make sure you leave me a way to contact you! (If you'd like to hear me reading a couple of excerpts, please click here: danielandpasha.blogspot.com)

You can return to the hop by clicking here.
---------
I  know people read my blog, but it's very sad to only have a few followers (although I love you all and thank you so much for following me!) So I'm asking very sweetly for folks to consider a) following my blog b) subscribing to my newsletter, or c) both.
Subscribing to my newsletter has the added bonus of being eligible for random giveaways throughout the year. I don't spam and you won't get junk in either your snail or email and I promise I will never, EVER give your contact info to anyone.
To follow my blog, scroll down on the right; just under the pic of yours truly is a list of my followers.  All you have to do is press the "Join this Site" button  :)  (I think you have to be a registered Blogger user or some such, so if you're not no worries. There's still my newsletter.)

I'm so sorry for your loss. It's so sad when someone thinks suicide is the only way out.
suz2(at)cox(dot)net

Thank you for sharing.

Very touching post, and I'm sure it will help someone!

I am sorry for your loss. My former dance partner tried to commit suicide when he was outed. dannyfiredragon@aol.com

Thanks for sharing your story

Thanks for sharing and participating.

I just finished reading 'Hanging By The Moment' last night and that scene is a very powerful and touching one.
It's a tragedy when anyone is left to think that suicide is their best option.

So sorry for your loss. Thank you for being part of this.

Hi Helen, thanks for taking time to raise this issue again. Suze

Thank you for sharing Helen and helping spread the word. My beautiful sister took this final step 22 years ago and while it is not as devastating now as it was then, it still hurts. Hopefully the knowledge you and others are sharing will help someone else realize that there is help available for them.

I hope others can be saved.
cvsimpkins@msn.com

Thank you all for the lovely comments so far. :)

It's a difficult yet necessary subject to talk about because the only way to prevent tragedies like this is to raise awareness.

Thank you all so much for participating!

I fortunately have never gotten to the point of considering suicide as an option, but I do know what it's like to feel like the day is no longer worth even getting out of bed for or trying to better my situation. And that's with a terrific support system in my family! Such loneliness has to hurt.

Thanks for sharing your story and for taking the time to help spread awareness.

One of my teachers, who was also my mentor commited suicide, I was abroad at that time and quite shocked to learn about that from former classmates. I studied one the subjects because of him and was glad I did tell him, that he prepared us well for college level courses.

Although I never contemplated suicide, I have someone very close to me who attempted it. It was a very real attempt, and had he had a gun, maybe he wouldn't be here today. The reason was because he couldn't imagine life getting any better. In that moment, life would be that bleak and joyless forever. If you felt that way, why would you want to go on? As a natural optimist, I cannot understand that frame of mind, but I can imagine that it would be the worst feeling in the world. He, thankfully, came out of that experience with a new understanding and an ability to see that life would get better. I can't judge the amount of pain someone is in who contemplates or commits suicide, but I would want them to know there will always, always be people around who would care and help.

I'm so sad for all of you who love your friend, Helen, because I know he couldn't see how important it was for him to be in this world. I hope everyone who's seeing information about suicide awareness and prevention week has their eyes, minds, and hearts opened, whether for themselves or the people around them. Thank you for sharing with all of us.

I appreciate you sharing your story of loss. Thank you for being part of this special hop.
OceanAkers @ aol.com

Thanks for participating in such a worthwhile hop.