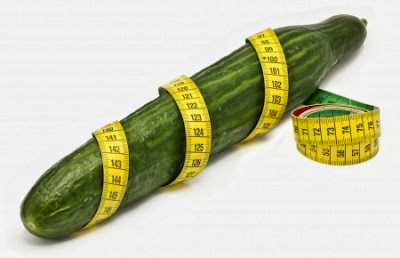 If I said "only if you're in a zucchini," your minds might still go straight to the gutter.  *G*

But what I actually want to talk about today are books and what I'm really asking is does length matter to you as a reader?

When is a book too short? Too long?

There are a couple of things prompting me to ask. One is my own reading habits which have changed drastically over the years. And another is something my publisher said at last year's author conference. Now, I wasn't quite taking notes, so I may be off by a couple thousand words (for which I apologize to both you and her). Essentially, the statistics she gave us is that the "sweet spot," the length that tends to sell the best, in the neighborhood of 70,000 words.

Now, I tend to write longer than that by at least 15K. My first novel was about 89,000 words after the final edit; my second novel was few thousand words less--but only a few.

Hanging by the Moment, my third novel, weighs in at a whopping 112,000 words. That's nothing compared to Grace Duncan's fabulous book Choices, which closer to 130,000 words.

Now, I realize I'm talking a foreign language to some of you. Most readers look at books in termspages, but the thing is that that's really deceptive. I once had to write an essay for my Anthropology class (okay, I've written a lot of essays for a lot of classes, but this one illustrates my point beautifully). We were charged to write a 5 page paper. Easy, right?

Except by the time I was done, it was almost twice that length. I knew I could give him a six page paper, but ten was pretty much out of the question. So I did the opposite of what most students do. First I went through and got rid of as many extra words as I could, replacing "ands" with semi-colons and finding every extraneous "that" there was. (Oh, if only I could have gotten rid of the double spaces after periods! But it was the day of the dinosaurs and we still double spaced after every end-stop). That got me down to nine pages. Okay. Next: change the margins. Instead of one inch around, I gave him .75 inches at the right and left and .5 top and bottom. I changed the font to 11.5 point instead of 12 point. I changed the line spacing from double to 1.5. And huzzah! Six pages!

This is why writers think in terms of number of words rather than number of pages.

Here's an example you can actually see with your own eyes:

(And seriously, part of why I love my Kindle so much is that these poor old eyes do not deal with that iddy-biddy print anymore.)

To put into a different sort of perspective, many modern romance novel publishers put a top cap (the maximum number of words) for a novel at 90,000. The minimum for novel length for most publishers is 60,000. Some drop as low as 50,000. Novellas, of course, are even shorter.

J.P. Barnaby's novella Rent Boy, Charlie was a little over 30,000 words (69 pages *snicker*). For me, that worked just fine. Sure, it didn't give enough space to give the second MC's point of view, but the book wasn't so much about him as it was about Charlie and it made for a perfect afternoon read, which was exactly what I wanted when I bought it. (Which is a reflection of my reading habits changing over the years; back in jr. high and high school, I was chewing through books the size of Ms. Nin's Delta of Venus--and longer--on a weekly basis...although I wasn't reading erotica, Anne McCaffrey and Steven Brust were more my taste. I even read all five hundred pages of Clan of the Cave Bear, without batting an eyelash. Give me a five hundred page book now and I'm likely to roll my eyes and politely pass. I don't have as much time to read as I used to; I want a book I can finish in a week, preferably a weekend.)

But there's another side to the coin. When is a book too short? 69 pages/30,000 words is good. But what about a "book" half that size?  I won't name names, but there's a story that caught my eye--then I saw that it's only 29 pages long. (And the kicker: the cost. $3...and to put that into perspective, you can get an ecopy of any of my books for around $6 andt they're roughly eight times as long). Do I want to pay $3 for a romance, that's probably only in the neighborhood of 11,000 words? It's not being billed as a short story, it's not part of an anthology, it's a book all on its own. It's getting great reviews, but I can't help being afraid I'm going to be totally let down by such a short "book". Do I even want to read something that short?

(Okay, yes, I have a short story that does that, but I cut out a huge chunk of the middle--and have it right here on my site as a free-read.)

So my question to you: Does size matter?

When does it become a factor in deciding to read (or not read) something? And does the price influence your decision? What about genre?

I  know people read my blog, but it's very sad to only have a few followers (although I love you all and thank you so much for following me!) So I'm asking very sweetly for folks to consider a) following my blog b) subscribing to my newsletter, or c) both.

Subscribing to my newsletter has the added bonus of being eligible for random giveaways throughout the year. I don't spam and you won't get junk in either your snail or email and I promise I will never, EVER give your contact info to anyone.
To follow my blog, scroll down on the right; just under the pic of yours truly is a list of my followers.  All you have to do is press the "Join this Site" button  :)  (I think you have to be a registered Blogger user or some such, so if you're not no worries. There's still my newsletter.)
Posted by H.B. Pattskyn at 12:21 PM

So you had to write a 5-page paper for Anthropology and you did 10 pages instead? That's the day you should have known you would become a writer.

Any time I receive a book over 300 pages I cringe. But it's really got more to do with what the story needs to relate and how many words it takes to do that. If what's written is critical to the story, length is secondary. The reader just wants to be immersed in a world. The real test, I think, regardless of length, is when a reader gets to the close and is sad to see the story end.

Yes, size matters. Now let's talk writing. Like Joe, I think it depends on subject matter, technique, and structure. In the world of genre, very few books I've read merit more than a 100,000 words. In my opinion, too many authors lack an understanding of economy and struggle to tell a story and therefore compensate by jamming in as much as possible and thereby ruining pacing and boring a reader.

What about Stephen King? He's genre and some of his books are over five hundred pages long. What about The Stand? What about Under The Dome. And in those two wretched examples, my point is made.

Be still my beating heart, I can't believe who came and visited me here today! :)

I think the old saying to leave the audience wanting more is a good one.

And then make friends with the author and badger them for a sequel (that's for you, Ms. Madison, if you stumble across this!) I was beyond sad to see that one end.

Seriously, though, I agree that there's a point where all those extra words turn into filler and it ruins the pacing of the story.

Size definitely matters. I've figured out a few things about it: readers like size, readers avoid size, reviewers assign more merit to size, publishers have preferred sizes and so do cultures. And good luck making everyone happy.

I was first published traditionally in a genre where first novels were expected to be at minimum 90,000 words. Mine was 92K. Some pubished books were easily 200K+. Today, publishers are looking for books between 80K and 100K. What they would not consider were books of less than 40K. Even pulp lines wanted 50K+.

When I decided to pick up my career again with ebooks, I first submitted novellas. I had read that readers liked the shorter books. I read wrong. Reviewers almost uniformly said they'd wanted the books to be longer. They wanted more than what they got. The novels, on the other hand, got much better reviews and no one mentioned a thing about length. Both were 65K+.

Since then I've lurked in reader forums and more readers say they like long books than say they prefer novellas or short stories. There are clearly readers for all book lengths, but I think there's a bias toward longer books. Mega long books, though, appeal to fewer readers than average novel lengths.

Me? I love a good story. I'm not afraid of 250,000 word novels (though many are, sadly, bloated messes) and often find novella length is the perfect weekend read. :D

Tali,
I was kind of surprised when I had someone say that they were *happy* my new one was over 300 pages. I'd been terrified that the size would scare some people off. And maybe it does. Like you said, you can't make everybody happy. (Some days, I'd settle for making ONE person happy!)

I'm having trouble saying "size matters because", but that's because the more I read shorter works, the longer I wish they were. Now, if all I want is something short and smutty, fine. That doesn't happen often these days. I'm also very conscious of price. If I have to pay $3 or more for a book with less than 50 pages, it's not going to happen. The last book I bought was Styxx by Sherrilyn Kenyon. It's an 848 page mammoth and I read it in three days. I also got the ebook for less than $7. I typically read 200+ page books in a day when I have the time. I guess what I'm trying to say in all of this mental vomit is that yes, I love to read long novels. And yes, I also like to read well-written novellas. And I can enjoy an amazing short story. It really all boils down to how well the story is written.

I love longer books and size definitely matters. Recently, I've had to pass up some books by my favorite authors because they're just not long enough to justify the price. Also, I can get totally immersed in a longer book but the shorter ones don't have enough content for that to happen. Needless to say, I love your books.

Thank you Andrea! People give hope to writers like me who just can't seem to be short-winded ;-)