I read a blog post today (http://anonnymouse13.wordpress.com/2013/08/10/why-indie-authors-still-suck/ -- fair warning, it's beyond harsh) and it got me thinking. (There's also an awesome "open rebuttal" that's much more digestible: http://mishaburnett.wordpress.com/2013/08/11/an-open-letter-to-a-frightened-man/).

To sum up the first article, "indie authors suck and should just stop doing it, you're embarrassing yourselves". Harsh words (and still kinder than the actual article), and I think the second article nails several things right on the head in it's title "An open letter to a frightened man".
Now, don't get me wrong, there are some self-published books that are far, far from stellar. If you don't believe that some self published-books are...well, less than awesome, let me draw your attention to Moon People: 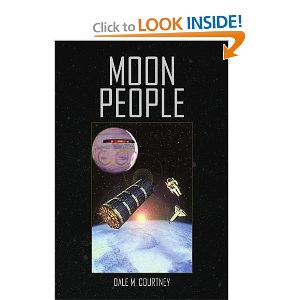 Another...shining... example self publishing gone wrong is  ANTIGUA: The Land of Fairies Wizards and Heroes (Part 1).
I'm not trying to slam anybody or be unkind and the truth is that I'm a huge supporter of self publishing. I've got a tale or two of my own that may end up getting to print and ebook that way. There's an f/f novel rolling around in my head that involves a couple of characters from my first novel. Since Dreamspinner doesn't publish anything but m/m, I know I can't submit it there--but I don't honestly want to go anywhere else, either. Ditto with an idea or two that either aren't romance or m/m. I may shop those around (when I get around to finishing them) but if all else fails, I will solicit beta readers and hire an editor as well as a cover artist and do it myself.

But getting back on target, I understand the first blogger's frustration. There are so many books out there competing for readers' attention that sometimes I wonder how anyone will ever even notice me. I just don't see the point of getting nasty about it, even if the core of the article is true: if you're going to self publish you have *got* to hire a good editor.

At the same time, I am so tired of "industry slaves" telling us that only losers self-publish. I also couldn't help but notice that the anonymous blogger missed one very important point--and I'm guessing it wasn't an accident. There are a LOT of publishers who refuse to look at un-agented manuscripts. There are a LOT of publishers won't take a chance on first-time authors. I'm not saying I don't understand the reasons, I do, but the point is that it has gotten harder and harder to get a foot in the door. I *know* how lucky I am to be with Dreamspinner. But it isn't easy to get your book looked at, let alone considered--that doesn't mean your book is shit (as the anonymous blogger contends), it means that editors are swamped and simply don't have time. It means money is getting tighter.

It means that sometimes the only way to get your book out there is to self publish.

And yes, unfortunately, that also means that some really awful stuff sees its way into print and that makes it harder for the rest of us to get noticed. But that's just life.
﻿
Posted by H.B. Pattskyn at 9:50 AM

Email ThisBlogThis!Share to TwitterShare to FacebookShare to Pinterest
Labels: indie books, self publishing

Wow, I wasn't sure how that blog post could be WORSE than your summary of it, but you weren't kidding. It really was.

While there are many points I agree with in that post (though I'd perhaps have laid them out a little more nicely), the author has missed the real problem: audience. She briefly mentions that people will buy things like Fifty Shades, which are terribly written, but continues to blame the writer. I've read crappy m/m books, some self-published, some from professional houses. They have typos and switched verb tenses. They have repetitive sentence structures. They have big chunks of plot left unresolved, or plot lines that are completely tangential to the main story arc. And when I look up reviews for these books, without a doubt, they've gotten four and five stars. Because readers like the story and the characters. They're willing to overlook literary quality for emotional quality.

I'm not saying that what readers like is good or bad. I'm just saying that if there is a market, if there are willing audiences, then, of course, people will continue to write and publish, and maybe the evaluative criteria need to be reconsidered.

Also, I just previewed Moon People on Amazon. Is that even for real?!