There are a lot of things about my A Place to Belong that has made it a difficult story to write, on a personal, emotional level. (I think I just need to get used to that fact! I went through the same heartache with Daniel in Hanging by the Moment!)

Andy, in A Place to Belong, is all but homeless. His father kicked him out when he was just fifteen because he found out Andy was gay; Andy's mom ditched and ran when he was just six. I have a little bit of experience with parent abandonment myself; my mother never quite wanted to be a mother. Fortunately for me, I had an amazing grandmother who stepped in and took over. Andy wasn't so lucky. He ended up on the streets, forced to do all sorts of things in order to survive. When the choice is starving or selling your body on the street corner, there aren't many people who would chose to starve.
But probably the hardest thing about Andy for me to write is his his self injuring behavior. Self injury--which usually described as cutting but it isn't limited to merely that--is hard for me to wrap my head around. I've done the research and even had a brush with it personally when my own teenaged daughter started cutting last year. She got the idea from a friend (who actually strongly advised against it, not that any of the little group thought it might be a good idea to tell my me or my husband). Fortunately we still caught it fairly early and got help, but it took a lot of pushing and fighting and not just to get my teenager to open up. I had one social worker look at me and say in a bland tone that I shouldn't worry about it, cutting was just something teens do.

But I can (in hindsight*) understand what I think she really mean, but didn't seem to have the vocabulary for. Self injury is on the rise, especially among teens. It's not "normal", but neither should someone be shunned or made to feel guilty for doing it. As a parent, I had to get past my initial reaction (panic) and deal with it, because self injury can easily become an addiction.

*in the moment I was simply outraged, confused,
and wondered what I'd done wrong as a parent

Anyone who has ever struggled with an addiction knows how difficult it can be to break the habit, even when the habit causes you pain and/or embarrassment. 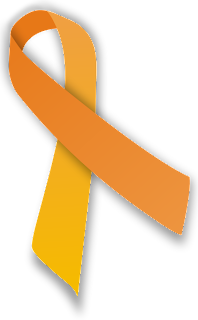 Andy is pretty self conscious of his scars, and he has a lot of them to be self conscious of. He startedgreat blog entry about recovery from self injury (there are some images at the end which may be triggering; I intentionally chose a site where, while graphic in some ways, the images aren't bloody or gory. It's really hard to research self injury without looking at a lot of open and sometimes deep wounds.)
self injuring when he was nine--which sadly, isn't as outrageous as it might sound. The scars he has from back then are pretty harsh; as he got older, he became more skilled at not only hiding what he was doing, but taking care of himself afterward. Most people who self injure aren't actually trying to cause themselves serious harm, self injury is an outlet for pain, a way of making internal pain manageable. I think we've all had times when we felt like we were running out of (or completely out of) coping mechanisms. For some people self injury is simply a coping mechanism. It just isn't especially healthy. If anyone is interested, here's a

Andy's story got dicier for me when Andy announced (in that way that characters do) that he's into BDSM. He's not like Jason from Bound (Andy just likes a little slap with his tickle), and yes he knows (the version of Andy that's in my head telling me his story, *not* the version of Andy who first appears on Page One) that it isn't completely healthy for him to be into BDSM--it's very easy for him to get in over his head. Which of course, he has. (There are a lot of reasons he's in over his head, but an addiction to pain and a general feeling of unworthiness make it pretty easy for him to get "lost").

Here's one of the articles I read while researching self injury and LGBT youth:

And an article on self injury in general:

It's almost ironic that many people who self injure say they have a low self image or low self esteem and yet realize that the scars only make it worse. Self injurers aren't trying to draw attention to themselves and many go to great lenghts to hide their scars. Very few ever become suicidal (which doesn't mean it can't happen, it just means that most people who self injur aren't a trying to take their own lives, they're actually trying to cope with living). It takes a lot of courage for someone with an arm full of scars to wear short sleeves in public, at least in part because there is so much misunderstanding of self injury.

Email ThisBlogThis!Share to TwitterShare to FacebookShare to Pinterest
Labels: A Place to Belong, LGBT issues, lgbt youth, self harm, self injury

Some in the spiritual arena of thought accept as true that they "must stop" the "gay agenda, whatever that might be. Of course, there are folks who are very obstinate in the GLBT community about certain issues such as gay marriage and they demand to be heard and are vocal on the following stage over this debate. When I read the gentleman's essay arguing that no one is born gay, I certainly understood where he was coming from, as he felt as if the ""gay agenda" had come too far, and so, he is just as adamant about pushing back now.