﻿
I identify as bisexual; probably that isn't going to change (simply because I've been identifying myself that way for over 20 years). But recently I realized that the label (oh how I both love and hate those labels!) that best fits the way I look love is pansexual. Although I have to admit, it took me a few weeks from the first time I heard a friend identify himself as pansexual to really wrap my head around pansexuality myself, the more I thought about it, the more it fit. (Kudos to hubby to putting into simple terms for me: pansexuality is being attracted to anybody regardless of anything to do with gender.)  And no, that really isn't the same thing as bisexual--and again it was hubby who reminded me that pansexuality includes attraction to folks who fall "on the in between" of male and female as well as transgendered persons.
Well, duh.

I guess I hadn't thought of it in those terms because I identify a person's gender as whatever they tell me it is. If you identify as male, in my head you're male. If you identify as female, that works for me too. Why shouldn't it? It's kinda your business, not mine, right?  (Yeah, I know that's a whole 'nother can of worms).
I've met only one person that I know with certainty is a biological hermaphrodite. I don't know the right pronoun to use, but this person said it loud and said it proud and that made me smile. I wasn't sexually attracted to the individual, but that's just a matter of the person's particular physical traits (eyes, nose, hair) simply not doing it for me (the same way I'm not attracted to every female I meet or every male I meet). But I can speak with certainty that it had nothing to do with gender. Why? As my husband pointed out: I just don't look at gender any more than I look at skin color. I tend not to pay too much attention to the outside of a person anyway; yes, of course I notice things like "yowza, Johnny Depp is hot!" or "damn, I would *not* kick Drew Barrymore out of bed for eating crackers!" but that's just first impression stuff. Nobody gets into my bed just by looking great on the outside.
So I guess that makes me pansexual, I just hadn't realized it because I hadn't thought about it. That's the problem with not looking at what's on the outside of a person nearly as much as I look at what's on the inside of a person.
﻿

That said, I'm still going ahead with a celebration of bisexuality in September, because I still label (yup, both love and hate those labels) myself as bi, I just don't limit my definitions of "male" and "female" or preclude the possibility of being attracted to someone who doesn't fit into society's neat little idea of gender. (Anybody interested in contributing to September's celebration should contact me! I'm planning a whole month of blog posts and I can't possibly write them all myself--and honestly, I don't want to! I want other perspectives).

Any thoughts on this whole bisexual/pansexual thing? 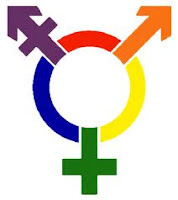 I know one of the things that sometimes comes to mind (or is asked) is "do we need another pride event, isn't all this covered under LGBTQ pride month?"

The answer is yes and no.

Does that mean I'm going to change my label eventually? Who knows.

I think the bottom line is to a) be proud of who you are and b) raise awareness because it's only through awareness and education that begin to erase intolerance, fear, and hatred. At the end of the day what matters is that we learn to love each other for who we are inside. 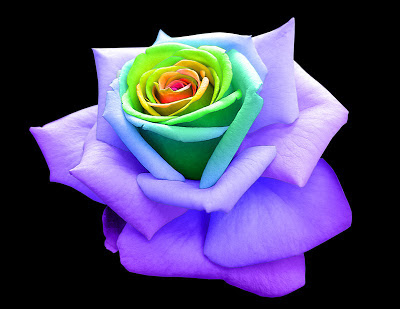 Before I get back to work, I want to remind folks that we're in the last few days
to sign up for my first author newsletter.
SUBSCRIBE here for a chance at a
$10 Dreamspinner Press Gift Certificate AND some cool swag!
First newsletter comes out June 15.
Everyone who is signed up by midnight on the
14th is eligible to win.
And this won't be the first giveaway that only
newsletter recipients are eligible for, either.
When Hanging by the Moment comes out (Sept/Oct)
I'll select one or two subscribers to receive signed copies.
What's that tagline: membership has its perks?  ;-)

Great post! I identify as pansexual rather than bisexual (mainly because I can be and have been attracted to people who don't identify as male OR female, so the binary goes out the window there), and I totally understand you still picking bisexual as your main term, since you've been using it for so long it DOES make sense. I have talked to other people who feel the same way - that yes, pansexual does describe them better, but that the term wasn't around when they labeled themselves and have been identifying as bisexual for so long. Really, bisexuality and pansexuality get some lack of understanding within the community so I think there's nothing wrong with raising awareness of the normalcy of these orientations!

Thanks Sara! I sometimes wonder how many bisexuals would have identified as pansexuals if it was a term we were aware of "way back when".

I totally could not get over the guy who posted to my face book that pansexual sounded like some knew kind of cooking. Oy. I know him in real life, so I'm pretty sure he just thought he was being clever, but it totally fell flat IMO, and totally went to prove the point that we need more awareness.

Yeah, that was probably just a bad joke... Sigh. Agreed that awareness is important!