Okay, by now anyone coming here even semi-regularly knows that this month isn't following much of a theme.
Or rather, the theme is simply "Stuff that's important to me and stuff I just like".
And today's post is a perfect example of stuff I like. I like characters named Jack. I don't know why--I mean, what I don't know is why so many awesome characters are named Jack, they just are.
Everyone who knows me knows how much I love Torchwood's dashing Captain Jack Harkness. He's tall, dark, handsome, sexy, funny, heroic...and did I mention sexy? Really that's got more to do actor John Barroman than anything else, but hey, I'm not complaining! 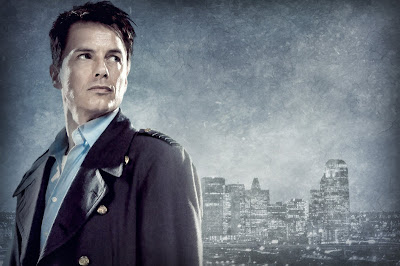 Many a happy hour has been spent crafting (mostly) happy Jack and Ianto stories for my little AU version of Torchwood.  (Which has really become a collective effort, thanks to some totally awesome writers who wrote fanfic off my fanfic--talk about flattering!) 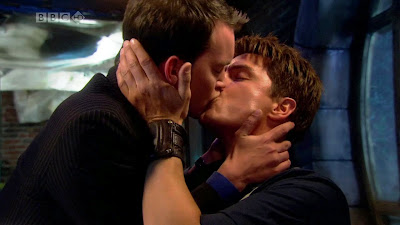 When people ask me how I got started writing m/m romance, I just tell them that I'm a huge Torchwood fan (at least the first two series/season). I love Jack and I love Ianto and I love them together. If anyone is interested, here's my "fix it" for CoE.

It was only after I started really watching Torchwood that I realized there were several other Jacks I was exceptionally fond of.  There's the obvious: 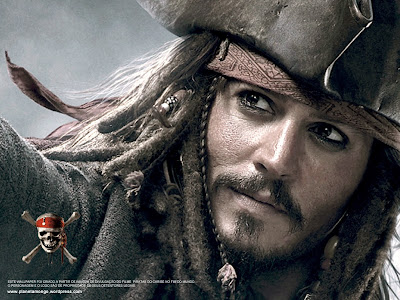 Anybody who knows me even a little bit knows how much I adore Johnny Depp; Jack Sparrow is one of my favorite characters. Probably not my absolute favorite, but definitely up there in the top three or four (how else is chomping at the bit, waiting for The Lone Ranger to come out?)
And there's also the less obvious: 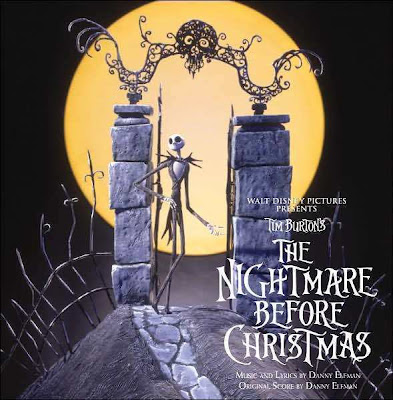 Because who can seriously resist a tragic, angsty, amzing guy like Jack Skellington? Okay, so he needed a little bit of a slap upside the head, but hey, that's what makes angst so awesome IMO.

Besides, everyone knows I'm a sucker for "happily ever after" 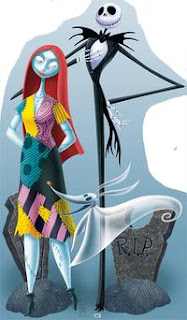 There's also this other Jack that I really like: 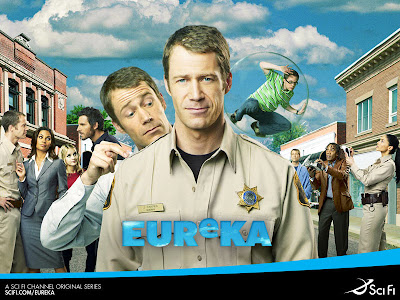 Somewhere hiding in my peabrain, there's a crossover with Jack Harkness and Jack Carter... I'm seeing Jack and Ianto paying a "courtsey call" on Eureka.... 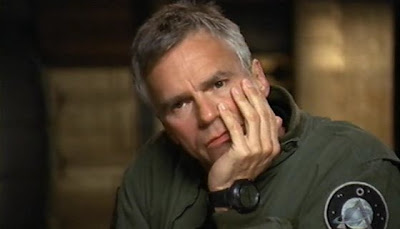 And yeah, that's about how thrilled I think O'Neill would be to have them there....

So what is it about guys named Jack? Why are they all so dead sexy?
Erm. No, really, no pun intended there.

What about you, do you have a favorite "Jack"?

How about some "Jack" trivia?

The Star Trek epsiode "Wolf in the Fold", feature's history's Jack the Ripper as an evil entity inhabiting the body of a man named Mr. Hengist. Hengist/Jack the Ripper murders a woman and Mr. Scott is blamed. Toward the end of the episode, Hengist/Jack goes off on a lovely tirade, saying that  everybody is going to die, he's going to kill them all.

The trivia part: the actor who plays Hengist/Jack the Ripper also voices Piglet, on the Disney's Winnie the Pooh.