I am very happy to introduce Chris T. Kat back today, talking about her new novel.

Helen, thank you very much for having me on your blog! I'm excited to share my new release Too Good To BeTrue?, which is a sequel to Seizing It, with you and your readers. It released on February 27th from Dreamspinner Press. 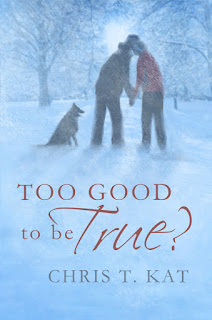 Too Good To Be True? is an m/m contemporary romance story. The main characters are Kit (Nikita) Hall and Dale Miller. They've met and fallen in love three months ago. Kit works as a receptionist in a veterinary clinic and in addition is a freelancer (translations). Dale Miller is a veterinarian and Kit's new boss.


Kit is epileptic and also has to cope with the aftereffects of an abusive relationship. His behavior often bounces from shy to aggressive and Kit himself knows he's acting like a brat. Wait—brat? What does that mean?


If you look up the definition for the word brat, you'll find that it means a spoiled or ill-mannered child. 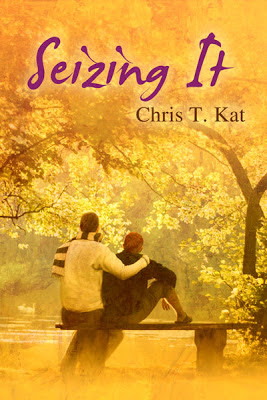 That's not what Kit means when he refers to himself as a brat, and neither does Dale. I've written several stories where two men are in a domestic discipline relationship because I like the power dynamics. For Seizing It and Too Good To Be True? I wanted the main characters to show similar characteristics without adding the spanking aspect.


Before I wrote this post I exchanged some e-mails with an online-friend to get some structure in my own jumbled thoughts on this topic. He (Thanks, Chris! He writes great stories too, which you can check out here: http://chrisdangerfield.blogspot.com) helped me out with a couple of long e-mails and I liked his definition of the term brat so much, that I'm copying it here:


The term brat doesn't mean the character can't help their behavior or is selfish or thoughtless. Kit does come across as whiny and tantrum-throwing but he's got reasons for his behavior—they might not be comprehensible for everyone but he's not acting like he does because he's spiteful or anything the like.


Sure, Kit can handle his life and whatever gets thrown at him but doing everything on his own becomes more and more exhausting, and maybe even a bit scary. On the other hand, it's equally scary for Kit to give control to Dale, for him to trust Dale to handle his emotions, no matter if they're positive or negative. Isn't that something most of us want? That special someone who stands by our side no matter what?


Then there's Kit's epilepsy—he hates it! Kit can't wrap his mind around the fact that Dale likes to take care of him, even if that means watching him seize and helping him get through the aftermath. He feels unworthy of Dale's compassion and love. In Too Good To Be True? Kit learns and accepts to like being cared for.


He still has a long learning curve ahead of him to see himself as someone who's strong and lovable. But that's for another book... ;-) 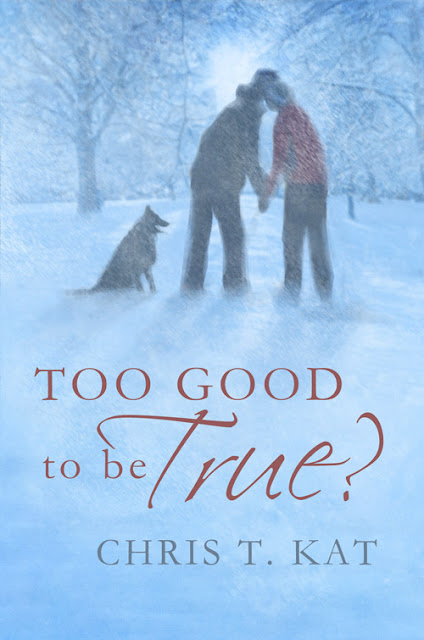 Sequel to Seizing It


Three months after Kit falls in love with Dale, his epilepsy takes a turn for the worse and his nightmares and flashbacks about his abusive ex intensify. His work at the veterinary clinic and as a freelance translator only adds to the stress. As Kit's life flies out of his control, his last tether of sanity frays as Dale grows frustrated with Kit's stubborn independence.


Dale wants to be Kit's rock—to step in to help—but the walls Kit builds may be too hard to break through.
Excerpt from Chapter Three:

Two strong hands gripped my shoulders before I had a chance of stomping away. I groaned loudly. “Get the fuck—”


I was about to ask him what the hell he was talking about when my world suddenly tilted on its axis. I found myself on the floor on my side with a sofa cushion quickly placed under my head. My eyes widened when it dawned on me what was going to happen. A whimper escaped my mouth, followed by, “Not a seizure. I don’t want to—”


I broke off midsentence. My whole body spasmed and jerked, my last coherent thought being that this was going to be a big one.

I was right with my prediction. When I woke up shortly for the first time, the first thing I became aware of was the sharp smell of vomit. I coughed and choked, the nausea leaving me reeling from its intensity.


“Hey, welcome back,” Dale whispered in my ear.


“Sick,” I croaked, while willing my stomach to quit churning.


My body moved on its own, eliciting a surprised yelp from me. The movement stopped immediately, and Dale said, “I’m just moving you a bit so you’re not lying in your puke. I’ll get a washcloth. Don’t move, okay?”


Move? I couldn’t even pry my eyes open, which wasn’t that bad because I had at least a chance to keep the tears from running freely.


One of Dale’s hands lifted my head while the other one pushed something aside. Something else was placed underneath my head, from a feel of it, another cushion. The first cushion had probably been soiled by me. Embarrassed, I sniffed.


“Don’t, kitten,” Dale said before he pressed his lips firmly against my right temple. Then he was gone.


I busied myself with struggling against new waves of nausea and holding back tears of utter humiliation.


“Kit,” Dale sighed when he came back.


He swiped a warm washcloth over my mouth and face, cleaning me up in his usual gentle manner.


Dale kissed my cheeks, no matter how hard I tried to pull my head away. How could he even stomach to be so close to me? My breath had to reek, and kissing this pathetic, sniffling mess on the floor surely couldn’t be high on his to-do list.


“Kit! Stop it! I’m not going anywhere. I love you. A seizure doesn’t change that.”


Sooner or later he would change his mind, I was sure of it. He was supposed to be my lover, not my caretaker.


That was easy for him to say. He wasn’t the one feeling sick like a dog and embarrassed beyond belief. There was also the fact that my body still felt weird, as if it wasn’t through with whatever it did when it decided to seize.


I became aware of my hands clenching to fists and my arm muscles contracting symmetrically. “No,” I whispered, “no, no, no.”


My muscles suddenly spasmed, and I heard myself panting and Dale exclaiming, “Oh hell!” before unconsciousness claimed me again.


Chris T. Kat lives in the middle of Europe, where she shares a house with her husband of many years and their two children. She stumbled upon the M/M genre by luck and was swiftly drawn into it. She divides her time between work, her family—which includes chasing after escaping horses and lugging around huge instruments such as a harp—and writing. She enjoys a variety of genres, such as mystery/suspense, paranormal, and romance. If there's any spare time, she happily reads for hours, listens to audiobooks or does cross stitch.

Thanks for hosting me on your blog!