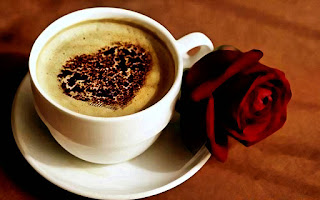 So it's Monday morning, the start of anothe work week--for me more so than usual, I took a part time waitressing job and I start on the floor this week :D  Yes, I'm still a full time writer, but we had a few big bills over the winter and I *really* want a new fridge and stove sooner rather than later. And let's not forget some of the fun stuff I want to do! I'm signed up as an author for Rainbow Con next year in Tampa, Florida. Yes, it's a long way away, but still, it would be nice to have some extra cash to play with! I'd like to try and add another couple of events to the calendar for 2014 as well.

And there are at least six new books that I want...and that's just last week's wish list!
Truthfully, I don't have a lot to say today. Or rather, there are a lot of things I could say, but I'm trying not to, because I'm trying to remain polite (at least in public) because there are a number of things ticking me off.

I'm sick of the pro-gun/anti-gun fight. Mostly, it's the pro-gun folks who scare teh bejeezus out of me--and yet I know not all gun owners are freaky bazooka toting loud mouths. All of the gun owners I know personally are responsible people who just don't want to have their Constitutional rights taken away. I can get behind that, I don't want my rights taken away, either. I'm just frustrated by people who are unable to put things into context. When the U.S. Constititution was written, military technology was muskets and cannons. Today, we have guns that can decimate a crowd of mall shoppers, the employees at a post office, or a classroom full of children in a matter of minutes. It's obvious we need some kind of control over the kinds of people who are allowed to possess those kinds of weapons--BUT that control needs to A) be sensible and B) actually be enforced (i.e., close the damned loopholes in the laws).

But like everything else in the U.S. right now there seem to be only extreme voices; no one is in the middle anymore.

I've never been overly involved in politics. I vote, I keep up with who my representitives are, I educate myself on the people and policies on the polls, but otherwise, I just try to muddle through my life as best as I can. Up until a few years ago if anybody asked me whether I was a Democrat or a Republican, I would have said only that I tend to vote Democrat.

These days, however, the Republican Party scares the snot out of me. I know that not every Republican out there has a Bible in one hand and an assault riffle in the other, that they'er not ALL out to regulate what I and can't do with my own vigina...opps, saying that word out loud could be grounds for sancture. Good thing I'm not a congresswoman! I know that not all Republicans want to tax the poor to death in order to give bigger breaks to their rich buddies or undermine the very bedrock of local politics the way Michigan's Governor has done. I'm sure that there are still moderates left in the party, people who don't actually care who you go to bed with, who you wake up with, who you love or how. But these days, it's hard to remember that Dwight Eisenhower was a Republican. So was Theodore Roosevelt. So was Abraham Lincoln. I'm not sure what any of these men would have said about the gun control issue or the idea that the right to marry should apply to all couples, but I do believe that if we had more Republicans like them, the party wouldn't scare me so much.

My last "rant" of the day is, in some ways, more personal.

Recently there was an article published on Jessewave about the decline in quality m/m romance (I disagree, by the way). I'm not saying that I love every book I've read in the genre--some have been real dogs. But I used to say the same thing about some of the fantasy books I've read (which is the genre I read most up until a few years ago). For a while I stopped buying books unless I already knew I loved the author. Yes, advances in POD technologies and Ebook publishing have made it easier to get published--and let's not forget the new ease of self publishing--but overall, I believe that to be a good thing. It means that good writers who might otherwise not have been able to get a foot in the door are also coming into the market. Unfortunately, the sheer number of authors coming in means that, yes, there are also a fair number of bad writers--or at least writers writing bad books.

But here's my biggest problem with the Jessewave article: with only one exception I can think of, those publishers in question ALSO PUBLISH HET TITLES. Yes, of course Jesseewave's focus is solely on m/m, but those het books are just as bad as the m/m titles (and just as plentiful!) The problem isn't poor quality in m/m books, it's poor qulity, PERIOD. On way too many of these books (het, m/m, and menage combinations alike), the cover art is shoddy as hell, the writing is awful, and the "plot" is ridiculous. It makes me feel like a couple of publishers out to cash in (and a couple of authors along for the ride) are dragging the rest of us down.

On the other hand, somebody must be buying it, right? It's frustrating. As long as people are writing it, publishing it, AND buying it, the cycle will continue.

Maybe I need to meditate this morning, clear my head a little, and embrace the warmth of spring and new posibilities planted. I can't do much about the economy or the government (other than continuing to vote, sign petitions, and speak out, which I plan to keep doing), and I can't do anything about anyone else's writing--but I CAN continue to write the very best books possible, stories that come from heart and nurture my soul about characters I love and care about. Not everyone will love my stories, but at the end of the day I will always be able to hold my head up and say "yes, I wrote that!" 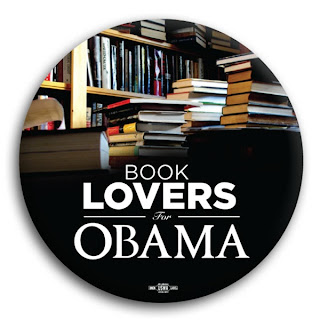 Stopping by to welcome you on board the A to Z Challenge April 2013.
Look forward to your challenge posts!

Thank you! I'm excitied about it (okay, and just a little bit nervous)!