Yesterday, my friend Shira Anthony posted on her Facebook wall about a page called Heterosexual Awareness Month. Yes, you read that correctly. My first thought was "why in bloody blue blazes do we need a month of awareness for something that everyone is already well aware of?" Then I clicked over to see what the HAM was all about. 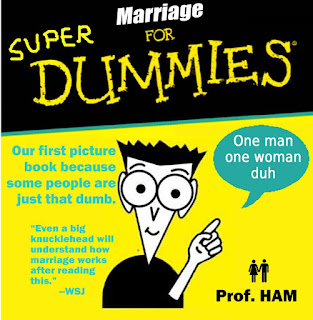 "The Nazi’s and Fascism were defeated,so to will the Gay Agenda be defeated."
"Homophobia does not exist. It is a made up word designed to make heterosexuals feel guilty about being normal."


Some folks round the 'Net have postulated that the page may be a sort of "joke"--a bit of satire, perhaps. Or maybe it was just created by a couple of twelve year olds who don't know any better and think beaver and sausage jokes are funny (you'd have to see the page, but...yeah. Yuck.) That may be true, it might be satire. Gods, I hope it's satire. Even if it is, that doesn't change the fact that there are lots of people out there with the exact same views postulated on the page. The problem isn't that these people feel the way that they do, it's that they're trying to impose (or continue imposing) thier beliefs on the rest of us. We're all created equal...but some of us (them) are more equal than others. Heterosexuals have the right to get married; homosexuals, not so much.


So when I see someone who seems to think we need a special month to honor heterosexuals identity, even if they mean it as satire, it gets my dander up in a massive way. Heterosexual identity is all around us.

Remember, it wasn't until 20th century that many centuries worth of laws against homosexual acts were slowly started to be repealed. At one time, being gay and/or cross dressing was a hanging offense in England (and by "at one time, I'm talking less than two hundred years ago; when it ceaed to be a hanging offense it became punishable by hard time. Oscar Wilde did time in prison for being an outspoken gay man.)

As recently as the 1950's saw government persecution of homosexual men and women here in the U.S. Let's not forget Stonewall in the '70's. Before that, I don't think anyone had heard of Gay Pride.

So, me being me, I re-posted Shira's post. And got some unusual feedback. Censorship is a dangerous thing and it could just as easily backfire...and yes, it is and it can. How many LGBT rights/equality pages have been yanked by censors?

And this is where it gets difficult for me. See, I do believe in free speech. Truly, I do. Censorship has never led to anything good. Everyone should have the right to say whatever they feel...but if my kid calls another kid a "nigger", I expect that there will be consequences and they won't be pretty, because "free speech" doesn't give anybody the right to be a biggot or a bully. (For the record, my kid knows better, the word we're fighting about is "retard", because it bothers me when it's bandied about carelessly).

No, I don't think that To Kill a Mockingbird should be banned from schools because it uses the word nigger, To Kill a Mockingbird is a product of its era--yet the book always winds up on the banned/challenged list, mostly because the word nigger is taken out of context. Yes, it's a horrible word, but no, the author isn't making a racist statement (or more to the point, she does a very good job of painting the town racists in a dim light).

Well, yes, in a way. But it's also about common decency. Name calling hurts, plain and simple and if it hurts, it's wrong. There's a reason most of us would wash our kids' mouths out with soap for words like...you know, I don't even want to type it again. The point is, we teach our children not to call each other names because we know it's wrong. It's just as wrong for adults to do it--maybe more so.

Let's look at the issue of marriage, which seems to be the core issue on the Heterosexual Awareness Month page. I will truly never understand how one couple's marriage could possibly threaten the marriage of another couple, but there are a lot of people in this country and around the world who seem convinced that if same sex couples are allowed to marry, it will be the end of civilization as we know it. These fears are based largely on religious dogma. I'm not going to get into Biblical definition of marriage, because it's been done before, better than I ever could.

So what's the big deal with marriage? Marriage is more than a word. It means the ability to file joint taxes and guarantees certain rights, such as hospital visitation, the making of important medical decisions should your spouse be unable to make those decisions for him/herself. It means the right of inheritance. Can you imagine not being able to visit your dying spouse in the hospital? Or having the parents that kicked him/her out a decade ago sweep in and start making medical decisions? Seriously, marriage is something that those of who can do it take for granted. It's something we don't even think about--and we should. We should think about what it would be like to not be able to marry the person we love.

I do feel that no clergy person should be obliged to marry any couple he/she doesn't want to...oh, wait, they already have that right. Many clergy people won't preside over weddings for couples who don't belong to their church, or at least their specific denomination. So there isn't much chance of marriage equality infringing on the rights of clergy people, is there? What clergy people don't have the right to do (in a world that is fair and good) is tell people who don't belong to their church/religion who they can and cannot marry. It simply does not come under the purview of "clergy person" to dictate to everyone what they can and cannot do. And that's why this is such a sticky debate. There are groups of people out there who believe it is their God given right to dictate the actions and morality of everyone.

But do they have the right to enforce it?  No.

Do they have the right to be cruel? I guess that's up for debate. It's probably legal, even if it isn't right. 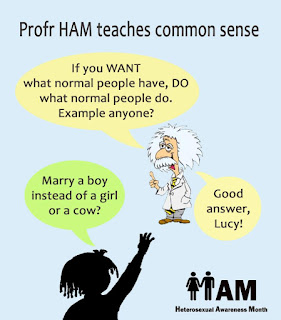 Is the image to your left image truly hate speech? Probably not in the strictest legal sense of the term (Speech not protected by the First Amendment, because it is intended to foster hatred against individuals or groups based on race, religion, gender, sexual preference, place of national origin, or other improper classification.)  But it *is* clearly meant to make a particular group of people feel as if they are not "normal" for following their hearts. It is meant to hurt, to demean, to belittle.

Several cities in Russia have outlawed gay pride events and the promotion of "homosexual propaganda"; in other countries it's not just gay pride under attack. Men are beaten, jailed, murdered...women are "raped straight". Right here in the US--and in the UK and Canada and Europe--teenagers are being bullied to death by peers, sometimes teachers, and now this.

If Heterosexual Awareness Month is a joke, it's not a very funny one. 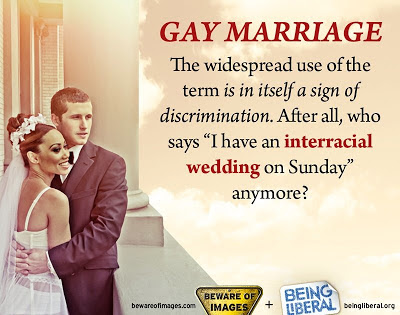 It is easier to stay quiet than to speak up. It is easier to walk away from a fight than to engage in it. It is easier to pretend that a problem doesn't exist than it is to face it head on. But I made myself a promise a few years back that I would stand up for what I believed in my heart was right. You may not agree with me--that's your right. I'm *not* advocating censorship, I'm advocating basic human decency, compassion. Empathy.

"Some Nights"
by
Fun
(click on the link, it's a cool article!)

I also wondered if that FB page might not be satire. It can be difficult to tell the difference between well-crafted satire and earnest idiocy. Fascinating, isn't it, how people can convince themselves that basic decency doesn't apply in situations that challenge a few of their values? What about their other values, such as kindness, charity, compassion? Perhaps they don't hold those quite so dear as they want to think. I've gone a few rounds with a few people about this very issue and generally most will agree they should examine an issue in light of their entire philosophy, not a narrow sliver. But there will always be a few who believe the predominant value is "I am right." If you don't see things their way, you don't deserve kindness, charity, or compassion. That kind of egotism is scary. :D

Interesting thought, Tali. I think I'd have been fine with the FB page if it were truly satire. But the page is open for comments and it's pretty clear that the people who commented there were NOT joking. Add to that the fact that people who disagreed with the premise of the page have been banned for posting reasoned arguments in favor of gay rights, and I have to conclude the page was not meant as satire. Or, at a minimum, that what started out as satire has become a forum for speech that is hateful. Very sad.

Honestly, I've never heard such things as were said in that FB page. This was my face when I read your post O.o!
I think that, about the freedom of speech, is all about arrogance and high-handedness. There is no respect and humility.