Yes, it is not quite as early as I usually get this out. I was burning the midnight oil last night and got so into work (and then just plum tuckered out) that I sort of forgot to finish this and update before bed.

Okay... so here's the originally planned post for today:

Conventional wisdom tells us to begin a new story at the beginning and end at the end. Seems fairly straightforward, right?

But where is "the beginning"? How does a writer figure out where to start his or her story?

That's something I ended up thinking a lot about as I was working on my YA novel, which is about to be turned into Harmony Ink (under the pen name Helen Bobbish). Originally, the story was a fanfiction piece called Broken Branches that I wrote as part of my Torchwood universe on Fanfiction.net. (It's part of the greater--as in blood ginormous--anthology entitled Short Stories.)

The original fanfic (kind of an oxymoron, I know, but run with me here, okay?) started with the boys (original characters, not our Jack and Ianto as teenagers), playing a combination of truth or dare and spin the bottle. Not that I ever did that as a teenager... *blush*. However, that beginning  presented an immediate problem for me (I have no idea how Elizabeth would have felt about it), because while I know teens do drink, it wasn't something I wanted to portray, or at the very least, it wasn't something I wanted to kick a YA novel off with. That just seemed in pretty poor taste. Even with the very negative things that did follow, it wasn't how I wanted to start a book aimed at the 14-18 year old crowd.

So I changed it to a non-alcoholic game of truth or dare and made it work, because peer pressure is almost as good as booze for getting kids to do stupid things. Within a few thousand words, I realized that I had not started at the beginning.

Now, I didn't necessarily want to start at the true beginning (on the First day, God created...etc.), but there was a better starting place, I just knew there was. The only hitch: technically, it's when Kyle and Benji meet. That's the fifth grade. I'm writing for the upper end of the YA spectrum. The average sixteen year old isn't going to care that much about an 11 year old protagonist. And seriously, if the point is HEA, a book that starts with the boys are 11... well, it would be like MZB's Catch Trap. Yikes. That's a mighty long book. Not only am I on a time crunch here, but I don't want to write a 150K word book. I don't even read books that long most of the time anymore!

The place to start a story is as close to the moment where the main characters' lives change forever as possible. The thing the writer needs to figure out is where that is--and perhaps more to the point, to figure out which life changing even is the most important, because there are lots of life changing events in a person's life. It comes down to this one question: What is the story that I want to tell here? Who is it about? What is the (gulp) theme?

The story I want to tell is two boys coming to grips not so much with their sexuality, but with the fact that they are more than best friends. They're soul mates. (Yes, I'm a sap). The question is, for me, at what point do they both wake up and smell the proverbial coffee? What triggers it? When do best friends become boyfriends?

And, because I am a practical, working writer, how do I accomplish this in the amount of time I've allotted myself, while dealing with a ruddy family crisis (no fears, we're dealing), and a minor glitch that has led me to discover not one, but TWO new hobbies this week. One is born truly of necessity. The people I buy my soap from don't seem to want to take my money. Seriously. Twice we've called them to place an order and twice no one has been around who was able to take a credit card number. Right. It's really not that hard to make soap. But this was *after* I ordered the wherewithal to make some personalized rubber stamps, which was more or less a whim... and you know, I need another hobby, right?

Seriously, back to writing. Figuring out the beginning is sometimes easy, it comes to you in a flash--but most of the time there are several false starts until you figure out the actual beginning, that place where the story YOU want to tell--NEED to tell--really begins. What life changing event triggers the rest of the events that lead to the two most amazing words a writer can ever write: THE END.  ;-)

Okay.
It's Wednesday.
You know what THAT means! 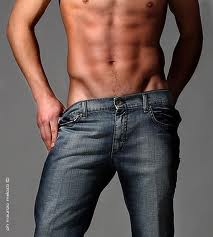 There is absolutely no special reason for this one this week,
I just found it while I was cruising the web and...
well... yeah, do I *really* need to explain? 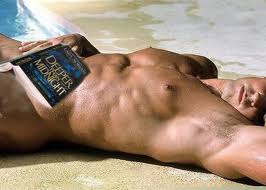 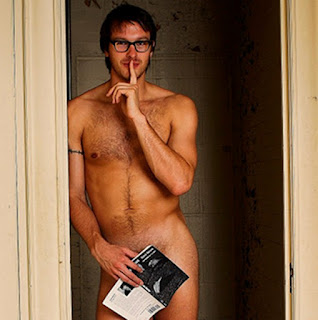 For this week's recipe, I thought I'd share another cold one, since it has been beastly (and deadly) hot the past week:

this is one of my favorites, and I found a really great recipe for it a couple of years ago...which I've tweaked a bit...this will yield a LOT of tabouli.


3 cups bulgur or cracked wheat + 3 cups HOT water
place the wheat in a bowl, pour the water over, and let it stand for 20 minutes or so. You'll want it to cool down before adding anything else. 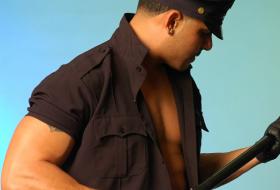 2 medium-ish cucumbers chopped relatively fine
3 medium-ish to large tomatoes chopped relatively fine
1 carrot shredded
2 to 4 cups fresh parsley chopped -- okay, parsley is hard to measure before you chop it. Grab a big bunch and go to down. Some people like a lot of parsley (basically parsley salad), some like less (basically wheat salad). I like it somewhere in the middle, leaning toward less.
1 to 2 cup mint (the ratio my taste-buds prefer is 2 parts parsley to 1 part mint; some people like more mint than that).  What kind of mint? Well, I don't recommend spearmint, but peppermint is good. I have apple mint in my yard and it works out great. Lemon mint might be fun, too.
1 lemon squeezed (might need less with lemon mint)
3 cloves garlic, minced
1 cup extra virgin olive oil (olive NOT vegetable)
Salt to taste


I'm quite lazy. Once I've done ALL that, I just put it all in a big bowl and toss it with a couple of wooden spoons. It IS better to let it sit overnight, so that all the flavors marry up. After that, it sits in the fridge and I pick at it. Because I am so excessively fond of tabouli, it seriously lasts less than a week... you can cut the recipe in half if you like  ;-)


Pretty much all of the ingredients are adjustable to taste.


Just a note of caution: parsley is a VERY mild abortative. It is technically only effective if used in the first week or so of pregnancy, but erring on the side of caution, I wouldn't recommend any dish this heavy in parsley to any woman in her first trimester. Any woman with a history of difficulty carrying to term should probably steer clear of parsley heavy dishes her entire pregnancy.


Next week: a discussion about literature and genre.