Okay, first I need to apologize for my two week absence!  I came back from North Carolina with the Plague--which I have passed to my husband and he's now passed back to me. Hopefully we'll kick it at the same time and be done with it.

Next up, I have a new Blog Hop announcement!
This one looks like a lot of fun, and is totally perfect after Animazement.

Animazement was absolutely amazing!  I had an awesome time, selling Dreamspinner books with Ariel Tachna, Nicki Bennett, and Shira Anthony.  We saw some some incredible costumes and even found Waldo! In addition to the "usual suspects" (a few hundred anime characters I couldn't name), NCIS's Abby Schuito was walking around and so were a bunch of guys from Umbrella. All in all, I felt pretty safe from the impending Zombie Apocalypse.

I think my favorite costume was a couple, probably in their mid twenties, dressed up like Queen Serenity and Tuxedo Mask--but that wasn't what made it great, what made it great was that they were young parents pushing their wee one around in a stroller  ;-)  Seriously, those are awesome parents. (Of course I'm a long time Sailor Moon junkie...)

Oh, and I sold six copies of Heart's Home, which of course felt pretty darned good, too.

Back home, my husband and daughter attended the World Steam Expo in Deaborn and got to see Abney Park. Obviously I missed out, but I got an autographed CD, so I'm still happy (it's better than the gift of germs I gave my husband). It's looking like next year, I'm going to be at Media West (Lansing, MI), and hubby and daughter will do World Steam again...of course, Lansing *is* only two hours from Dearborn, so maybe I'll get to at least see Abney Park's nighttime concert  ;-)  (Assuming they come back, which I think is a fair assumption).

All right, because I am so freaking behind on my WIP (its due in on the 15, and I'm only 2/3 of the way done, give or take a few thousand words), I'm going to skip the helpful writing article and skip right to this weeks recipe... oh and some cute guys, too  :)

I discovered this recipe while I was looking for a Middle Eastern Desert to use on my WIP. Pasha is Russian, but his dad owns a Greek restaurant. I was pleased to find an Egyptian desert; I'm Russian, but I have a special fondness for Egyptian culture (at least from antiquity)... 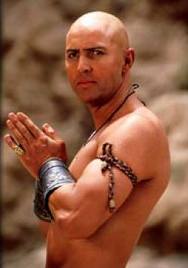 yeah, I know, he was the bad guy,
but good girls LIKE bad guys!

Basbousa
(with cocoanut and rose*)
* optional I don’t have the patience to actually sit down and make rosewater, but if you have access to fresh roses (from your own garden), you can fake it. 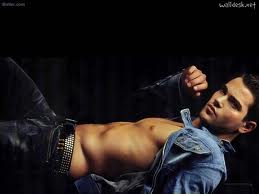 For the cake:
1 ½ cup semolina (a type of flour, you might need to trek out to a health food store to get it)
½ cup wheat flour
½ cup coconut flour (or you can substitute another ½ cup wheat flour, or a ½ cup of ground almond meal)
2 teaspoons baking powder
2/3 cup shredded coconut (more if desired, but keep an eye on your final consistency)
1 cup of softened butter
¼ cup sugar
1 cup yogurt (I personally recommend full-fat and all the better to use Greek yogurt)
2 teaspoons pure vanilla extract
4 eggs 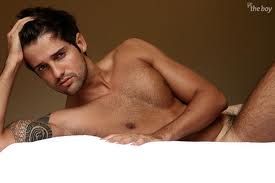 For the syrup:
3 cups of water
½ lemon or orange—juiced
3 cups of sugar (honey may be substituted)
Optional: fresh rose petals. Depending on the size of your roses (and how strong of a floral flavor you like), use between 3 and 6 blossoms.
Alternately, try lavender (which you can actually buy—but only guy FOOD QUALITY lavender). Go with between 1 and 3 tablespoons, depending on how strong you like it. (If you’re not sure, make a little lavender tea and see how the flavor jives with you).
FYI: Lemon and lavender make a heavenly flavor combination. If I were doing orange, I would definitely make it rose or skip the flowers.

Other options:
Add crushed nuts: almonds, walnuts, hazel nuts, whatever you like.

Start out by making “fake” rose (or lavender) water, by bringing the water to a gentle boil, turning it off and adding flowers. This will need to steep a while (think about catching up on some housework or your favorite soap…or maybe go read a couple of chapters of that novel you’re trying to get through…or maybe getting in a few hundred words on your WIP). The longer it steeps the stronger it gets…but seriously you don’t want to leave it for more than two hours.

Strain. Return the water to the pan and bring it back to a gentle boil. Stir in the sugar slowly, letting it dissolve. Continue stirring on low (simmer) heat until it starts to get thick and sticky (it’ll be more sticky than thick). Add lemon juice and set it aside to cool. 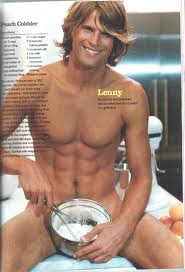 Cream butter and sugar, beat in the eggs, vanilla, and yogurt. In a separate bowl (unless you’re lazy like me and always skip that step) combine the dry ingredients. Stir the dry slowly into the wet. (Somehow that does NOT sound sexy…) If it seems a little dry, add milk (cocoanut flour absorbs more liquid than wheat flour)

Some people top with evenly spaced out slivered almonds or walnuts…but seriously, who has time for that? I’d rather stir the nuts in. That and attacking nuts with a hammer to crush them into fine powder is very therapeutic… no, my husband has NOT been pissing me off today, honest!

This recipe will fill up two 9x14 pans or one big sheet cake pan. Lightly grease the pan/s before pouring in the cake mixture. Bake at 350 degrees for 30 / 35 minutes, or until toothpick comes up clean.
Remove from oven and pour the syrup mixture over the cake. Yes, all of it.

Some people serve it with whipped cream;
me, I think I’d rather just have it with fresh fruit and... 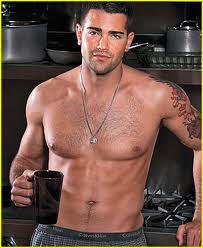 Remember, this month, I'll be at the Michigan Pagan Fest in Bellville... I probably *won'* have as many rune sets as I'd like, I think I'll just be taking two days to relax before diving into my next writing project!