Hunk Day Wednesday... and a talk about POV

The most important question I have to answer when I sit down to write something--and usually the most difficult decision--is who is going to tell this particular story. Who has the right voice--not necessarily the most information. The POV character doesn't always know what all the cards are or who has them, he's just the guy who can take the reader along on the best emotional journey. 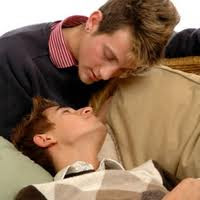 The easiest way to tell a story would be let all of the characters tell it--or to not let any of them have a voice and tell the story from God's (i.e. the author's) perspective. (Honest, we're only a little bit egotistical!) Once upon a time, letting God tell the story was the usual method of writing a novel. God's POV is called third person omniscient, third person, because sentences go "he went to the store, she tied her shoe," etc. and omniscient... well because God (the author) sees all, knows all, and can tell all...or not.

The author would gather his or her audience around and begin, "Once upon a time, in a kingdom far, far away..." and proceed to tell the tale, dipping into whichever characters' heads he or she needed to in any given scene. Even when I was still taking formal English classes (up until my sophomore year of college, a very, very, very long time ago in a kingdom feels far, far away, even it it really isn't) third person omniscient was the "preferred" point of view for an author (or or at least a student student) to use. 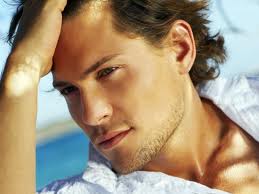 But things have changed. Third person omniscient is no longer the favorite POV--in fact, quite often when someone tries it, they're accused of "head hopping" (literally, hopping from one character's head to another). Head hopping is Very Bad.

Or so we're told.

I tend to disagree; I like seeing multiple perspectives, but I do realize that there is a right way and a wrong way to do third person omniscient. Before hopping from one character's head to another, the author is supposed to pull back, like when a film director takes us from a close up of one character, shows us the room, or some outside detail, and then has the camera operator zoom in on a new character. Just jumping from one close up to another would be jarring (although they do it in daytime drama all the time--and oddly enough, we do it in romance quite frequently too, something which jars readers from other genres, where any form of head hopping is a strict No No.)

So, in romance it really is all right to give the POV of more than one character (although typically we only get to see into the heads of the two--or more--people involved in the romance). But that doesn't mean an author has to let both (or all) of the parties get to talk directly to the readers. One of my favorite novels, Special Delivery by Heidi Cullinan is told only from Sam's point of view. And my novel, Bound: Forget Me Knot, is only told from Jason's. The book I'm currently working on, Hanging by the Moment is only told from Pasha's POV.

Well, obviously, I can't answer for Heidi, but for me there were a couple of factors. With Bound it was a matter of what worked. I started out writing from both Jason's and Henry's POV, alternating scenes, but I quickly discovered that Jason was getting way more page time than Henry, so even though it meant losing some important stuff (like Henry's ex, Derrik, reading him the riot act for bringing an inexperienced sub back to his room for a little play without even properly negotiating the scene first), in the long run, the story was a LOT stronger for only being told from Jason's POV. I just had to find other ways of getting certain information in (although readers really never get to see Henry getting ripped a new one, by either Derrik or his other ex, David).

Of course, as the author, I know that these things have happened; no matter which character is talking to the reader, I have to be in all of their heads simultaneously.

When I started working on Hanging by the Moment, I knew that I wanted the reader to get to know Daniel the same way Pasha was, rather than to get a peek into Daniel's head. Part of the reason was that even if someone has read my blog and knows ahead of time that Daniel is HIV + --or if that information is included in the blurb (which I suspect it will be, but that's the kind of decision I leave up to the experts), I want them to "discover" it with Pasha--to feel the moment with him. So that meant staying out Daniel's head...which was a really hard call to make. In my short story Encantado, I keep to Oscar's POV for much the same reason. The title and story give the reader enough information to figure out Angelino's big secret pretty early on, but I wanted readers to discover the truth along with Oscar.

Even when I go switch back and forth between characters, I have a rule about only doing it so many times in a chapter--of course rules were meant to be broken, but there are only a couple of chapters in Heart's Home where I switch back and forth more than a couple of times. I really don't want reading one of my books to be like watching a tennis match, because I write in "close third person" or what James Woods calls "free indirect style". I didn't actually know that what I was doing had a label until someone introduced me to Mr. Woods (thanks Joe!), I just knew that I liked getting deep inside my characters' heads.

Hopefully, my readers do, too. 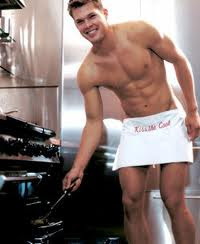 In fact, it's so easy, I'm sure it even counts as a souffle, but that's the best name I could come up with. Basically, one day I had a bunch of bits and bobs in the fridge, but I so did not feel like making bread pudding and an omelet seemed like wayyyyy tooooo muucchhh WOOORRRKKK (yes, I was whining.)

Then this occurred to me...

The only thing you'll need special for this is an oven-safe bowl, like the kind used for making French onion soup. I prefer to cook this in my toaster oven, because I'm usually just making it for myself, for breakfast/brunch, but it's a great any-time meal, and I bet it would be great to cook ahead of time and take for lunch at work, too!  Better than a PB & J  ;-)

Okay, so this is one of those super adaptable recipes.
The basic ingredients are:

3 large, extra large, or jumbo sized eggs
1 slice of bread (I like whole wheat)
a teaspoon or so of butter (if you don't have butter, use a little oil on the bottom of your bowl or better still, non-stick cooking spray; the idea is to keep the bread from sticking and margarine isn't always good for that).

The rest is all optional. Yesterday morning, I had a yummy crab, artichoke, mushroom, and cheese souffle; I had a quarter of a package (maybe less) or artificial crab meat leftover in the fridge, ditto on the a quarter of a can of artichoke hearts. At the last minute, I remembered the half a handful of baby bella mushrooms that were in the drawer. I so hate wasting mushrooms. I combined my bits of leftover packages, added some cheese, and had a spectacular breakfast.

The recipe that follows is going to be for a ham, broccoli, and cheese souffle... that's what I'm having for dinner tonight.

I'm going to use about a quarter of a cup's worth of diced ham; I like the thick ham steaks, but lunch meat would certainly do. Eyeballing it, I'd say it's 3 ounces, give or take.

Next give a pretty fine chop to about a third of a cup of broccoli; basically, think smaller than bite sized pieces.

Here's a tip on broccoli: if you peal the stems, you can use more of it without getting that bitter taste that sometimes is associated with the stem. It's the peal that's bitter; the "meat" is sooo sweet. I learned that in cooking class  ;-)

So. Butter the bread and put it butter side down in the oven-safe bowl.

Layer the broccoli, ham, and cheese...how much cheese? Well... if you're me, it's going to be about a quarter of a cup of whatever shredded cheese is lying around the fridge, and maybe a slice or two of something for the top. Seeing as you're you, you can adjust the amount to anywhere from a quarter of a cup to two thirds of a cup, or however much your bowl will comfortably hold (remember, you still have to add the eggs).

Crack the eggs into another bowl and whip.

For this one, I'm not putting any herbs in with the eggs because I don't like most herbs with broccoli; if I were doing mushroom instead, I'd probably put in some chives.
when I did the crab and artichoke souffle, I added dill, garlic, and chives to my eggs.
Like I said, this is one of those recipes that is super adaptable to personal taste.

Pour the eggs over the stuff and bread in the oven-safe bowl. If you want to, lay a slice of cheese on top, or even top with some more shredded cheese.

If you want to, top it with another slice of bread--I usually don't, but it's an option.

Bake for 25 minutes at 400 degrees--if you're like me and layer the top with cheese and like a nice crispy cheesy top, make it 20 minutes on bake and 5 - 10 minutes on broil (depending on how crispy you like your cheese).

Let it cool for a few minutes before plating... or eat it right out of the bowl (I tend to find the bowl too hot, I like to put it on a plate).

And yes, you can definitely double or quadruple the recipe, put it in a bigger baking dish, and make enough for the whole family!