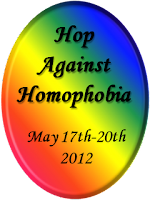 The International Day
Against Homophobia
also focuses on
Transphobia
and I think that transgender issues
are possibly some of the least understood
issues facing us today...
and when I say "us", I mean ALL of us... 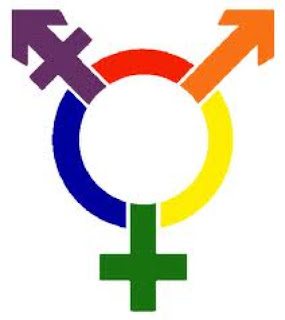 I asked folks at Yahoo Answers for some help in preparing this blog entry; I got the usual round of B.S., one really rude person, and one heartfelt answer to my question, "If you could tell the world one thing about being transgender, what would it be?"

"That I'm a boy, I just don't have a penis.
I've heard other guys talking about how if they lost theirs,
they'd probably end up killing themselves.
Sometimes I wonder why I haven't done that yet."

I just about cried. (And of course I responded with "no, please don't go there...")

And yet, my blood also boiled a little.

Okay. It boiled a lot. I've gotten into one too many argument (because even ONE is one too many--and I've been in more than one), over transgender rights: the rights of a person to live as the gender they identify as--and the right of that person to get the necessary corrective surgery.

I didn't have a word for transgenderism (if that's even a word, I'm honestly not sure), the first time I met someone who was transgender. She was mid transition, from male to female and had just had breast implant surgery--and her mother couldn't have been happier. She said her daughter was finally able to become the girl on the outside, that she'd always been on the inside.

I was in my early 20's, a lot sheltered and a little confused, but willing to accept that if this woman identified as female, and if her mother identified her as female, well, who was I to question it?

Several years passed by and little by little we all began to hear more about transgendered people in the news--and I learned very quickly that my attitude toward the issue of gender-identity was, unfortunately, in the minority. How exactly a sheltered Russian Orthodox* girl from a little Detroit suburb lovingly called Hazel-tucky got to be so open minded, I'll never know; my family won't either. (*I'm not Russian Orthodox now, but that's the religion I was raised in).

I can't say that I get it because I'm Wiccan and we accept everybody as they are, because I've had to fight people in my own religious community, when a group of women wanted to put on a public woman's ritual at an event that I was a part of the planning committee for, but add the qualifier that their ritual was for "natural women, only". Long story short: Not on my watch! No way, no how.

But what I really wanted to know was why did I have to say anything at all? (And why was I the only one--or at least the first one?)  Because it's easier to exclude one part (the smaller part) of our community than it is to fight an established woman's circle? Because nobody else saw the words "natural women only" and went "Excuse me, what does that  mean?!" I don't like being the one to stir up the cauldron (what we witches call it when someone "stirs the pot" or "stirs up trouble"), but ye Gods, somebody had to do it. (And frankly, the wording excluded more than transgender women; when asked to explain the meaning of "natural women", the answer came back, "Real women, women who have wombs". Talk about a can of worms).

I have also been the priestess at a couple of woman's rituals and in one of them, a participant come up to me with "I don't think that woman over there is really a woman?"

That was another one of those "excuse me?!" moments. Seriously, how can anyone judge whether or not someone else is "really" a woman (or a man for that matter)?  What's "real"? (And yes, I let the woman who was having a problem know that if she was unable to share sacred space with a transgendered woman, she, the complainer, was welcome to leave. I wasn't about to question the sincerity or authenticity of any woman in my circle. "If she identifies as a woman, that's good enough for me".)

But again: why did I even have to have that conversation?

I understand that transgenderism is an issue that very few of us will ever understand in any deep and personal kind of way, but still, what's not to understand? Just because the body says "girl", that doesn't mean the brain agrees. If the brain is screaming "I'm a boy!!" then the brain wins, because we're humans and we take pride in the fact that we are governed by our brains, not our bodies.

On Saturday, April 14, I had the privilege and honor of speaking on an interfaith panel at Affirmations, in Ferndale. It's been a while since I took off my author's hat and put on my priestess cap--and even my shaman's hat for a few minutes--but I had a great time. I learned a lot and I met some wonderful people. It gave me some hope that we're making progress. There was a lot of honest, open dialogue between attendees and panelists--and everybody had the same message: acceptance, tolerance, education, and compassion. I am so glad to have been a part of that.

I do not deal with transgender issues in my book, Heart's Home. It's something that I do want to write about someday, I'm just not sure how exactly to tackle it. I'm sure when it's time the Muses will let me know!

However, I would like to give away a signed paperback copy of Heart's Home to someone, just as my way of saying thank you to everyone who participated by stopping by and seeing what I had to say. (If you'd like a little more info on Heart's Home, there's a tab at the top of the page).

On the 21st, I'll pick a name at random from everyone
who has commented over the days of the hop.

And here's a handy link back to the blog hop main page, so you can keep on hopping around the web and explore what other supporters of the M/M genre have to say!

Thanks again for stopping by and a HUGE thank you to Erika Pike and the other folks who put the hop together!

Wow, Wiccans can be homophobic too? There's no end to hatred?
We should start a new religion! :-)
Barb

I showed a bunch of these post to the teens in my family to show them how hurt some "innocent" remarks are to many others. I get so annoyed when my nephew says "you're so gay". ERRRR drove me crazy. I know he didn't mean anything by it but it is so wrong to use that as a saying. I think that these post have helped. Thank you all for sharing with us!
forettarose@yahoo.com

Transgender issues are tough. I read somewhere that the first thing human brains do when meeting a stranger is to determine the gender of the stranger. Probably some evolutionary thing. Add in the fact that the English language doesn't have gender-neutral pronouns. That means we don't even have the WORDS to describe people who don't fall neatly into one gender or another.

Anyway, what I'm trying to say in a long-winded way is that we need to work on our acceptance, and it's going to be hard-won. You're setting a wonderful example, though. I'm going to keep your words in mind.

Thank you so much for your Excellent Post on such a VERY Important Issuses. I feel you are right in saying that transgender issues are possibly some of the least understood issues facing us today. I do have to admit, I am not as eductaed on transgender issues as I would like to be & I truly appreciate you bringing it to everyone's attention. Gender, Race, "Societial Norms" (I hate that term) should not be used when meeting someone. They are a Person, just like everyone else; with feelings, emotions, beliefs, & love to give & be loved.

Thank You H. B. for participating in the Hop Against Homophobia.

I would very much appreciate the opportunity to be considered in your very generous give away of a signed paperback copy of “Heart's Home”. Thank You.