I figured it was way past time to update my blog; I've been super busy on a lot of stuff, but none of it seemed exciting enough to blog about.

Well... I almost blogged a really catty blog about book covers. I subscribe to a couple of lists, and every Monday, my email is inundated with a Flood of Biblical proportions by romance book blurbs. I've picked up a few really good titles, though and contributed to the Flood a few times, so.... last week this blurb came across that sounded *really* good. I clicked in the link, but the cover...ye gods. The cover. The story is set in Victorian Era Boston but the ladies on the cover are wearing black bras and panties. The gents are naked, but we only see them from the waist up. One of the girls has bleached blond hair (about an inch of roots is showing), and they're both wearing enough make up to make Tammy Fay or Ru Paul blush (with envy or chagrin, I'm not sure). Needless to say, nothing about this cover screams: Victorian Era romance--a sweet sounding romance at that. Yes, lots of hot sex, but still, it sounded like a solid story. Only... can I trust a book with a cover like that? Or am I just a snob?  Maybe I need to thank Paul Richmond when I see him next weekend for the totally awesome job he did on my cover; I would have hated to see James and Alun in muscle shirts and biker shorts. Well...okay, maybe I might not mind *seeing it*, but seriously, it would not have set the tone for my book!

That might be an interesting blog...I'm always fascinated by character interviews, but haven't sussed out how to do one myself. Maybe I could have James and Alun (with Mrs. Dunberry as chaperone) discussing the plight of men's fashion  ;-)  Better yet, James, Alun, and Robin... you guys probably don't know it yet, but Rob is quiet the little fashionista.

So my real blog today is about ghosts. Or more accurately my awful day yesterday and how persistence paid off.

I'm on the west side of Michigan today--currently sitting in a Budget Host Hotel in Allegan, MI. (I totally recommend this place. Okay, for a few bucks more I could have stayed at Henderson Castle, which I really wanted to, but that would have required backtracking, and by the time I pulled in, I was exhausted--I DO recommend Henderson Castle though, the next time you have to stay in Kalmazoo. It's about the price of your average B&B--or reasonable hotel and never minding the ghosts, who are all very friendly, according to owner Francois Moyet, it is just a beautiful place to visit). Allegan is just up the road--or the river--and it's really a lovely little town, too.

But yesterday started off with the woman who was supposed to meet with me in Portage never showing up. Now, we spoke on the phone last week when I set up my appointment and then I had to reschedule and could only leave a voice mail message, so I'm assuming she didn't get it, or signals got crossed, or maybe something just came up on her end. Life happens.

My next stop was the Book Bug in Kalamazoo. I wanted to see if they would carry Heart's Home, and maybe some other DSP titles. The name of the store made me hesitate, but they have a good deal of genre romance--and m/m romance--on their website. And they're located right off Western University's campus. I was here anyway, right?

The store is, quite literally, 90% juvenile literature and YA. Right. The owner was very gracious, he even took a look at my book, but we both agreed it would not make a good fit for his store. But I'll be back when the ghost book is done!

For my next stop, I backtracked into Marshall, because the place I was coming to out here didn't open until 7. Marshall is a lovely town, and I may be back to check out a couple of other spots, but person who *might* be able to help me at my actual stop wasn't in when I was there. I took a couple of photos and hit the road *back* up this way, although really, when I got back on 94, what I wanted to do was head East, and go back home!

I'm glad I didn't. I wended my way through town (Map Quest had not taken into account all the one way streets; it wanted me to go right, when the street signs told me quite clearly that that would be a Bad Idea). But I'm a Detroit girl, I know my way around one way streets, so around the block I went. Parking was a breeze; Allegan is one of those little towns where everything seems to close up at sundown. At one point I was taking photographs from standing in the middle of the street with no worries, there was no traffic.

I got to my destination, the Regent Theatre (it's a cinema) and went in...yes it's haunted, yes there's someone who can talk to me. She didn't know a whole lot, but I was able to coax some information out of her just by relaying a few stories to see if maybe I could just get her talking. I have to write 2000 words after all! Then she sent me across the street to see Fred. He was just closing up his store, but he was very kind and happily talked to me for quite a while about the town's ghosts. Yes, the whole town. I made my way over to the library (because librarians know everything!) and got a little more information, took some more photos around town, and finally wound up here.

Before I leave, I'm going to one of the other places in town that's supposed to be pretty haunted; it'll put me behind on my travels and I may not make it to the Ada cemetary... we'll see.  From Allegan, I'm headed up to Grand Haven, then to Manistee. Then Ada and then home!!!!!!!!

Home. Where I unpack. And then repack. Because tomorrow morning, I'm on a plane to New York to attend the Rainbow Book Fair with my (totally awesome) publisher, Dreamspinnner Press! (And I'm staying a couple of extra days with my equally totally awesome friend Kitsa and her family. Although she's right, she's a bad kitty... we were bouncing around ideas...well, she was letting me bounce ideas, but whenever I bounce ideas off her brain, I always come back with brilliance...or at least something I want to write! Only right now I don't have time to think about the white corvidthrope who used to "date" (read was doormat for) the white pavonithrope, but eventually hooks up with the black cygnathrope. (Hint: if it ends in "thrope" in my world, it's a shapeshifter, thrope is from anthros, or "man". The front part of the word is part of the scientific name. Corvid. Pavoninus. Cygnus. Corvid and cygnus most of you probably know. I'll let you look up the third one on your own...although the images at the end of the blog should help   ;-)

But first, speaking back to book covers.... 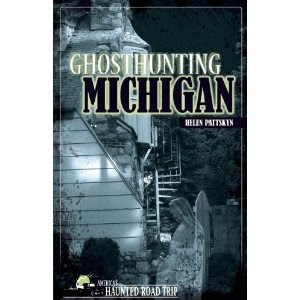 What do you think? That's the Mission Table (formerly Bower's Inn), which might not be *the* most exquisite place I visited, I think it captures "Michigan" perfectly, all woods and rustic inns.  :)

Okay, here are those birdies... imagine if you will, a love triangle, and a rather viscous one at that, if you take cygnus's and pavoninus's temperaments into account...

(by the way, I don't own these images... but eventually I will be doing a painting to reflect this story, since that's pretty much how the idea started out, as a painting in my head...)

I'm thinking about when I get around to writing it, actually just offering it as a "free read" here on my website... assuming I get enough traffic here and people actually want a free novella set (and this is Kitsa's fault) in the Regency era... because she's right. That's where it belongs. I couldn't really get my head around the characters until she said those two words... Sigh. Research. 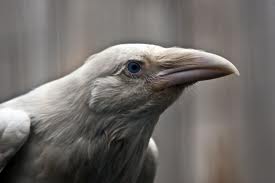 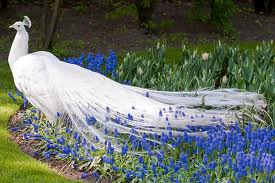 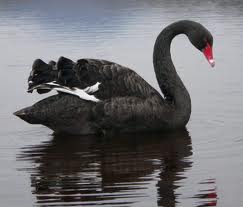