(none of the images that I'm using on today's blog were made by me;
I happily and liberally borrowed from other sources) 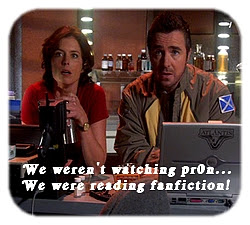 Fanfiction. When I have to explain what it is to someone unfamiliar with the word, I usually say something like "it's when you take your favorite characters from movies, television, or books and write your own stories about them".
Other people define it differently: "I think it’s immoral, I know it’s illegal, and it makes me want to barf whenever I’ve inadvertently encountered some of it involving my characters." -- Diana Gabledon.
Which isn't to say that Ms. Gabaldon doesn't have a right to her feelings; I've read some pretty bad fanfic, too. (And to be fair, after a *huge* fannish outcry, Gabledon reevaluated the harshness of her statement--of which I quoted only the very tip of an ugly iceberg. But the point for me here is: it took a huge outcry for her to reassess her public statement on her own fans-since pretty much only fans of a book will write fanfiction about the characters in that book.)
Marion Zimmer Bradley once had to scrap an entire novel because she was in communication with a fan who had written a similar story; they arrived at their stories independent of one another, but the fan threatened a lawsuit if they didn't get full credit. Rather than risk it, Bradley just scraped it.
A Babylon-5 fanfic writer hit on the very idea that producers were working toward (again, independently) and when producers contacted them, the person was a total lady / gentlemen about it (I don't recall the gender of the fan, sorry).
J.K. Rowling, from what I've read, is typically pretty tolerant of fanfic writers...until they start trying to publish their work. Then she sues them. Duh. She, her agent, and her publisher have put a lot of blood, sweat, tears--and MONEY--into her work. Nobody else has a right to profit off that. Let me just say it again: duh. 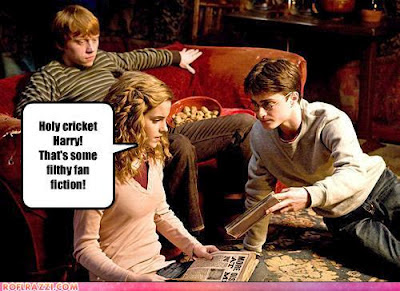 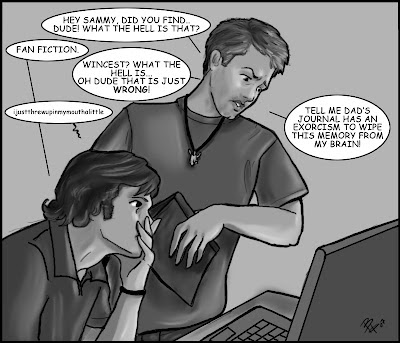 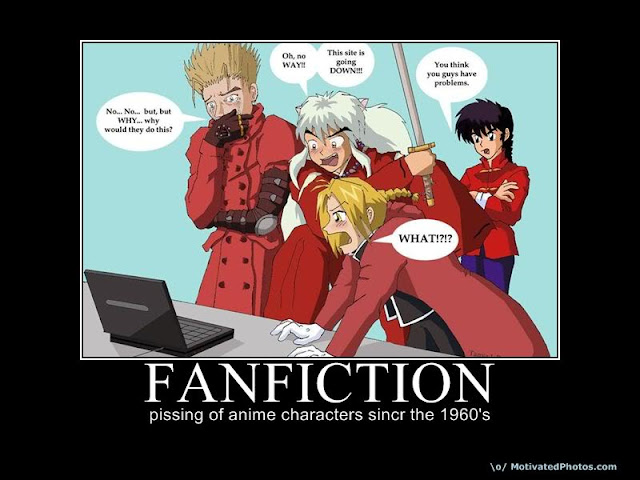 Another reason to write fanfic is the long wait for the next story in the series. I only ever read Harry Potter fiction and boy, did those fics help with the wait! I wrote one that became 16 chapters long, but I only posted the first five chapters. I figured that if I could write a 16 chapter fanfic, I could write a novel. It rekindled my interest in writing. Of course, my writing has grown by leaps and bounds since then.

I don't disrespect fanfic authors in the least! It is, as you say, a hobby and it can be really fun. I'm sure you already know this, but Cassandra Clare (City of Bones etc.) was a very popular HP fanfic writer (she wrote about Draco), and although she did a big no-no by lifting stuff from another writer (I'm not talking about Rowling here), writing fanfic hasn't harmed her career. Quite on the contrary. She had a very large readership already and those are still loyal readers of her original fiction today. So writing fanfic *can* help with a writhing career if you're smart about it ^.^