This is a day when a lot people reflect on the year that's gone past...while they're getting ready to go out and paint the town!  Me, I won't be doing any town-painting. I'm working on getting caught up on the Ghost Hunting book, and then later on this evening, I will indulge in my personal New Year's Eve tradition and watch a few of my favorite Beauty and the Beast episodes. For the under 40 crowd, I'm not talking about the Disney movie. I'm talking about spending an evening in the Tunnels with Vincent and Catherine, who are the reason I started writhing fanfiction in the first place. (The formatting is *awful*, but if you want to check it out, here's the link:http://www.fanfiction.net/s/2256172/1/So_Cold_the_Night

One of these days I'm going to go in and tidy it up; it was the first thing I posted to fanfic.net, and I really didn't know what I was doing. It isn't actually the original version of the story, I added a few of the threads in later... it is, truly, crossover hell. I've caught some flack for that, but originally it was part of this gianormeous notebook of stories, so having Tenctonese characters *is* majorly important, not just the writer smoking a little bit of that wacky-tobaccy.   ;-)   I am still incredibly proud of that story and one of these days I'm going to get around to making it available in paperback copy, fully illustrated by yours truly. Can't legally sell it, but that doesn't mean I don't want to own it.  ;-)  And I'm getting back into black and white drawings, which lend themselves well to book illustration. And yes, even though it doesn't always show, I *can* do proper portraitrue. I just don't usually want to!

What's that? Tenctonese? you ask.  Heh. I was a teenager in the 80's, remember? And not just any teenager, I was a geek. Erm. I still *am* a geek. In case you hadn't noticed.  (Just as point of note, loved the TV series, hated the movie.)

Yes, clearly, I am already in full Six of Cups mode (that's a tarot card, it deals with nostalgia). 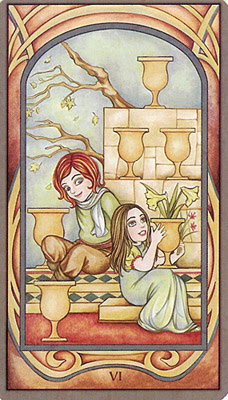 This is the six of cups from my favorite deck... other than my own!
This is the lovely Fenestra Tarot Deck.


But I believe I was looking back on this past year, not going back to the days of Alien Nation and 21 Jumpstreet... 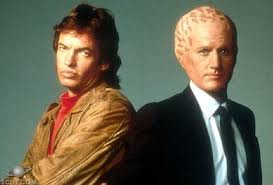 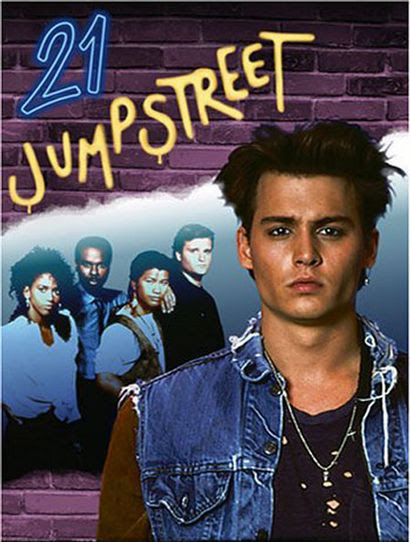 This year was a real interesting one, and I do mean that in the sense of that Chinese curse/blessing, "may you live in interesting times".  Fifty one weeks ago, I was sitting with a group of women in a circle welcoming in the new calender year. Each year, we celebrate the change over of the calender by honoring Janus, who the month of January was named for, and Hestia (yes, all you mythology buffs, I know it should be Vesta, but, well... close enough! I've always resonated with Hestia under the Hestia).  Hestia is the Goddess of Hearth and Home, of Hospitality. "She who makes friends of strangers". This is one case in which the Roman Goddess (Vesta) is nearly identical to Her Greek Counterpart (Hestia).***

But I believe I was reflecting on the fact that a year ago, when I was sitting in a circle with some very special ladies. They are ALL still special, but two of them have decided that I'm no longer worth their time, not just as a teacher/priestess, but as a human being as well. Now, obviously, there's a LOT more to the story than that and I claim no special "innocence" in the situation. It takes two... or three... or maybe even four or five... to "tango".  And it did start with me: I made a decision that someone found unpleasant--however, it was the absolute right decision to make (and something that I found a cause for celebration, IMHO). I stand by that without regret. I would handle the aftermath differently if I had it to go back and do over (don't we all have those situations, though?) But seriously, if making the right decision ultimately cost me a couple of "friendships", I suppose it's fair to say that those friendships weren't very solid to begin with. And seriously, if anyone thought I would chose a friend of a couple of years over a friend of 20 years... yeah. There's a no-brainer for you. It's not just the quantity of time, but the quality of friendship, and the woman who went with me to look at wedding venues when I totally freaked out because the hall I was about to sign suddenly said "oops, we're not open on the day you want to get married" (after I'd been out TWICE and told them TWICE that the date was Oct. 31), trumps just about everyone else in my book! That's a friend.

In the ensuing months, as I've nursed my wounds (because regardless of it ultimately being my choice, losing someone whom I had regarded as a friend for nearly two years, the same someone who beta read Heart's Home for me and who is really responsible for helping me make it saleable, both sucked raw eggs and hurt like hell, because beta reading an 89k novel is also friendship...right?) But... after nursing my wounds, I've come to the conclusion that some people simply want more than I can give. (I or you, or that guy over there... it's not just me. We all have limits. I'm not sure that makes anybody a bad guy--in fact, I'm pretty sure it doesn't make anybody the bad guy).

You are entitled to your limits, folks. Don't ever let anyone ever tell you any different. (There's nothing wrong with stretching your limits, but it has to be something you want to do for YOU, not to please someone else.) My limits include the fact that I would rather be writing than cleaning my house. (Although I am SOOO excited, we bought one of those steam-mop things from Amazon and it shipped yesterday!!!!!  Yeah, you know you're getting old when a steam mop makes you that happy!)

I've suffered dings to the heart before this--some pretty big ones, too. But somehow, this year was different. Maybe it's because I'm older. Maybe it's because my priorities are shifting. Yikes. Maybe I'm just growing up. But I've become truly more guarded when it comes to giving my friendship. Not my acquaintanceship--I'm acquainted with a lot of people, many of whom I genuinely care for. But Sara Teasdale put it best when she said...


Four people knew the very me,
Four is enough, so let it be;
For the rest I make no chart,
There are no highroads to my heart;
The gates are locked, they will not stir
For any ardent traveler.
And on the whole, I think life good--
So waste no sympathy on me
Or any well-meant gallantry;
I have enough to do to muse
On memories I would not lose.

I've quoted that poem before.  It's not that there are only four people who know the very me, I don't put any limit on the number of people I love deeply--and many people find me a bit too open of a book--but the deepest part of my heart only holds room for people who won't try to change me into something I'm not, something I may not even want to be.

In the past, I have tried very hard to live up to other people's ideals (and that's nobody's fault but my own). Childhood baggage. Adolescent baggage. Yuck. What an ugly few years that was! The problem has been that that baggage stayed with me long after I left the acne and the see-saw hormones behind. Isn't it human nature to want people to like you? Of course it is. We all want to fit in. To be included. Who likes sitting on the outside looking in? But the truth is that not everyone is going to like me. Or you. Or that guy reading over your shoulder. Yeah, him. Tell him to go read my blog on his laptop.

Maybe it's a sad fact of life that you simply will not be loved and admired by everyone you meet...and maybe it's just a fact. From now on, I'm going to concentrate my efforts--my friendship--on the people who care for me as I am, who, after getting to know me, love as I am. And as for my acquaintances, hey, you can still count on me, too, because how else can we know if we're going to be friends if we don't take a chance, right? You'll know you've crossed the line into friend territory when I trust you enough to invite you into my home. I'm going to be more careful with who I trust--who I really trust--and above all more honest about who I am and what my limits are, for both our sakes.

Who I am has changed over the years. What happened last year forced me to admit that I hadn't caught up with my own self image--I wasn't seeing me for me, I was seeing me for who I was a long time ago. There's nothing wrong with that person--but she isn't me. I also don't think I'm the same person I was that day in September when the walls crashed in.  My priorities changed a lot this past year. I let go of some pretty damaging baggage--and letting it go also caused some damage of its own.

But I'm looking forward to what 2012 brings.

First, however, a look back....my favorite love song, from my favorite television show of all time... proof that I am a romantic sap at heart  ;-)

***And yes, my fanfic readers will notice something here. I was trying to come up with a name for that ship at about the same time I was getting the Janus and Hestia ritual written into a new copy of the BoS. Janus and Hestia sounded like as good of a name for a research vessle as any other. Janus is the Roman God of endings and beginnings; He can be honored at the beginning (or ending) of any cycle, and that story is, in a lot of ways (not all of which made it onto the page) about the ending of one thing and the beginning of another. Ooohhh bonus fries to those of my fanfic readers who actually read my blog. Have you noticed that John calls Jack "Jackie" a couple of times in the Ossuary? Now... who aboard the Welshman calls Jack that? All he wanted was his shot at being loved by our Captain. He got it. And moved on. How's that for beginnings and endings? ;-) And for those of you who feel utterly lost, here's a click through to my fanfic page... I'm talking about Forget Not Me, Janus and Hestia, The Bonny Welshman and a couple of brilliant stories written by other writers who graciously came to play in my playground. Here's the link: http://www.fanfiction.net/~helenpattskyn
Posted by H.B. Pattskyn at 11:31 AM