It's been a hectic first full week of school for my teenager (who does not have a droid to help her, so it's up to Mom to go buy this, that, and the other thing... where's R2 when you need him?)

I've also been busy on my Big Rune project... more details forthcoming soon. In addition to that, I've been beta reading for my friend Tia Fielding, and getting my travel plans in order to start work on Ghosthunting Michigan, so I swear, that while it doesn't feel like I've done much (because I don't have much in the way of "product" to show for my labours), I have been busy.

But... as promised, here's more from Dragon*Con:

Unless otherwise noted, these are fans... or rather, fen... (don't worry if you're not enough of a geek to know what fen are, it's okay.)


Talk about making an entrance! (actually, they're just posed in front of the door, but it looks really cool) 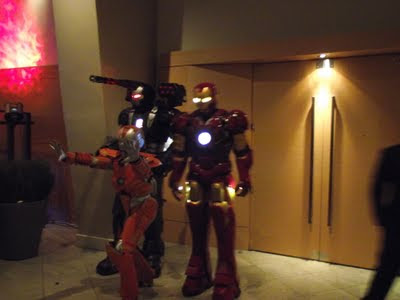 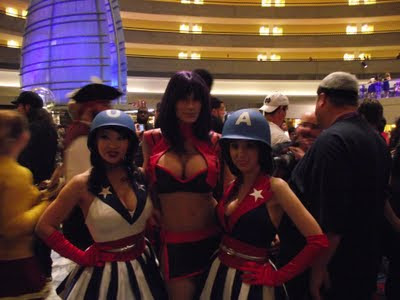 It's a tick fuzzy, but check out the logo on the guy with the blue vest... yes, that's right Steam Punk X-Men. 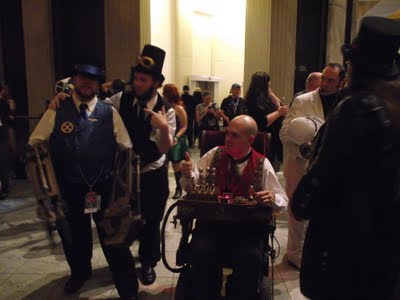 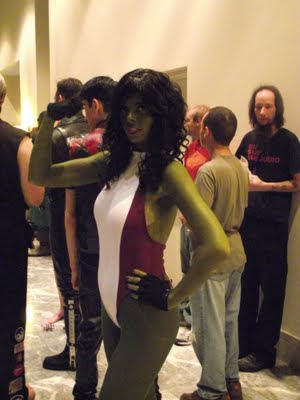 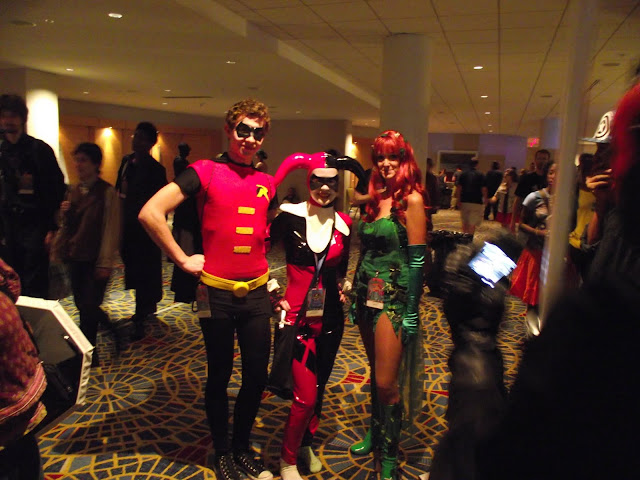 D.C. is slacking off... there are more Marvel heroes (and villians) than D.C. characters... what's up with that, I wonder... 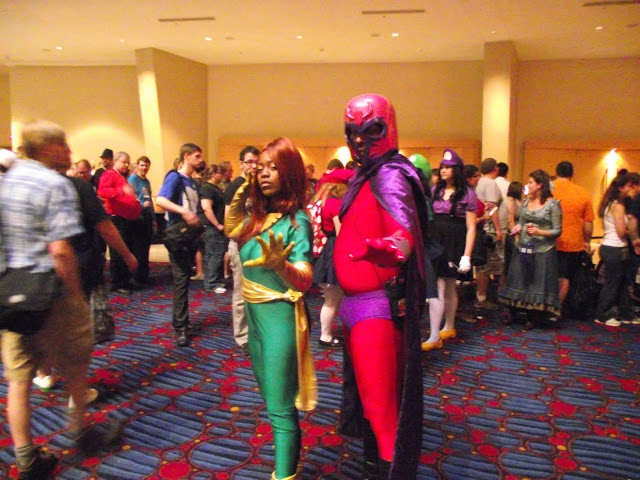 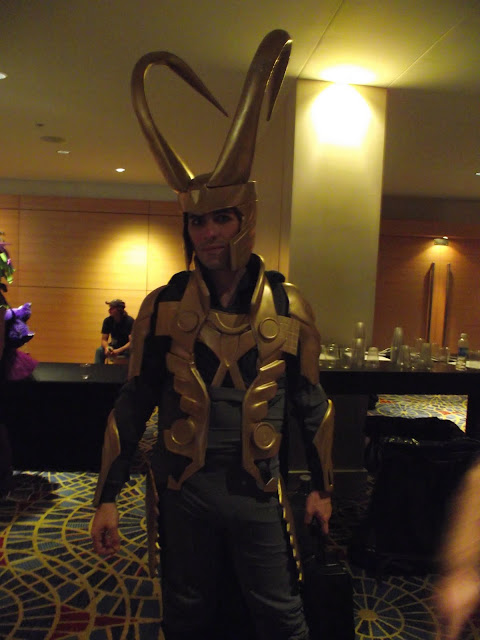 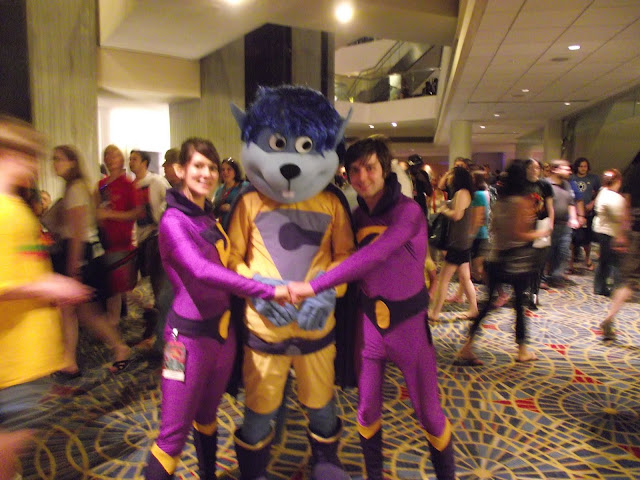 So we have Robin and now the Wonder Twins... (actually, there were a dozen or so Bat Men in the parade on Saturday morning, but the batteries--the brand new batteries--in my camera died. I am *never* buying those off-brand green batteries again... and as point of note, it was my husband who bought them, not me...)
Dragon*Con isn't all super heros...
Those guys in black are SO out numbered... Alice is going to kick their.... 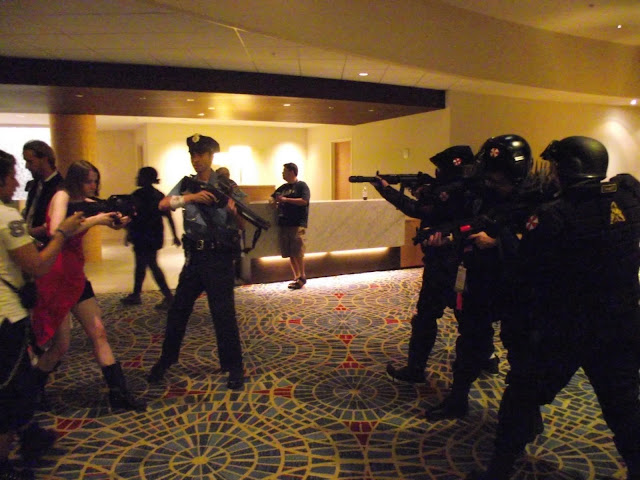 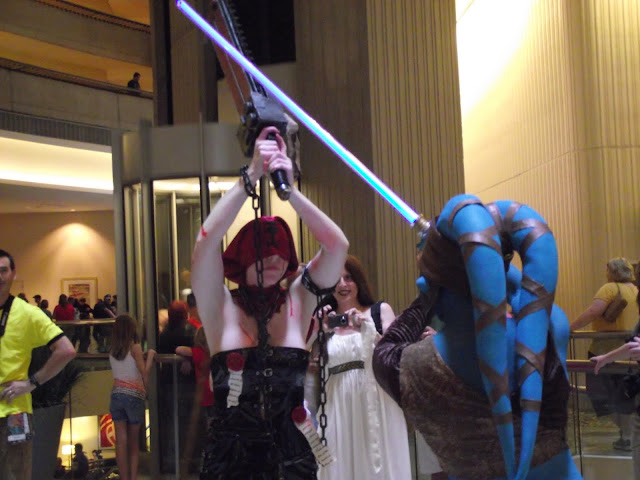 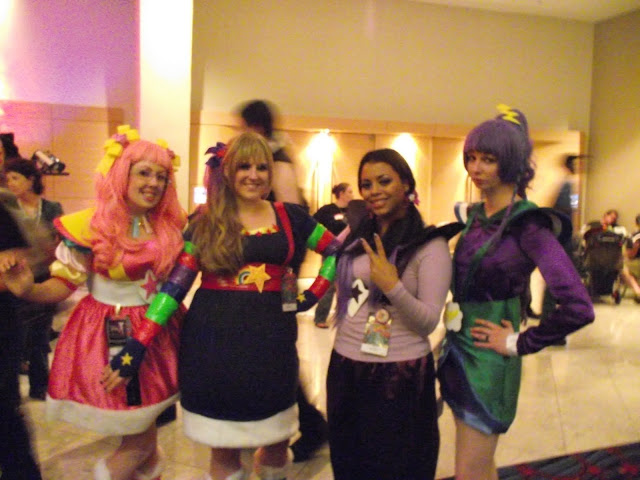 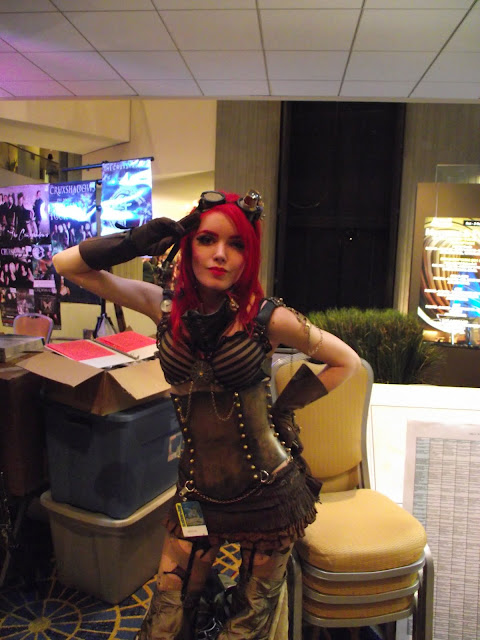 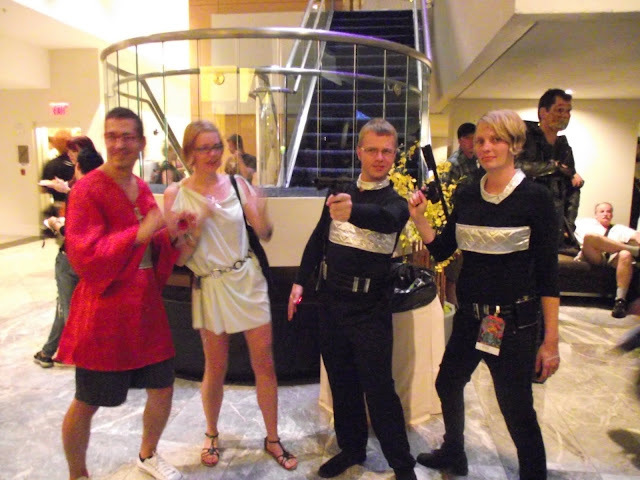 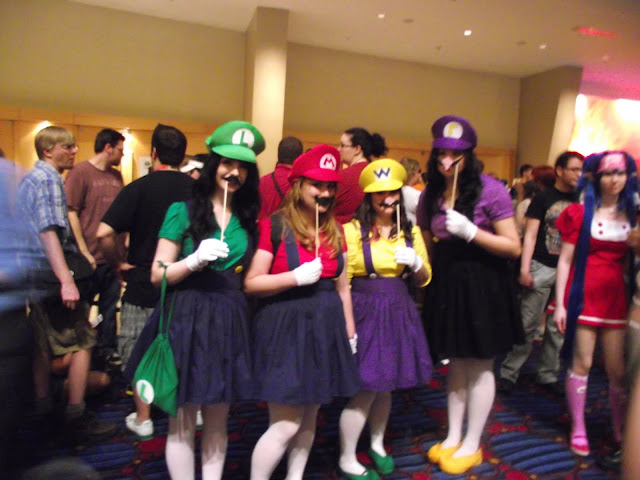 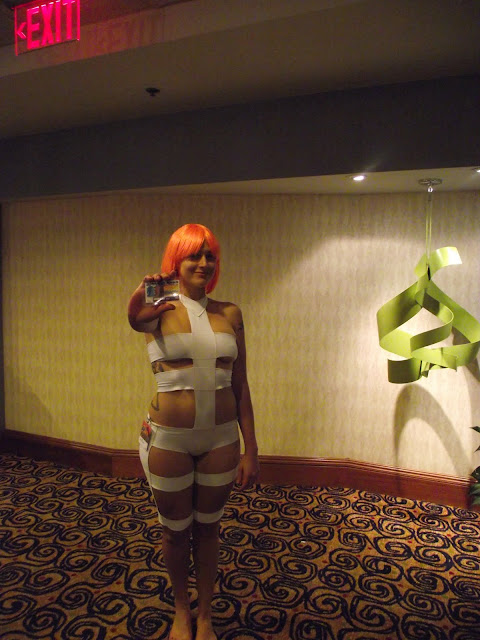 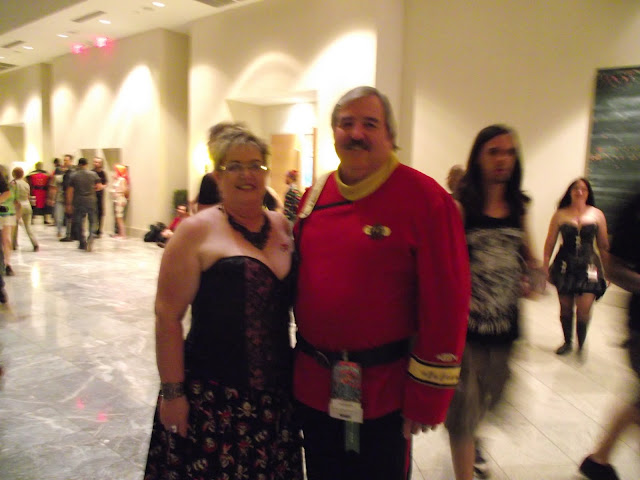 Who says Kirk has to get all the sexy ladies??
And for those of us who prefer fairy tale romance... well, okay,  a fairy tale with a Gothic twist! 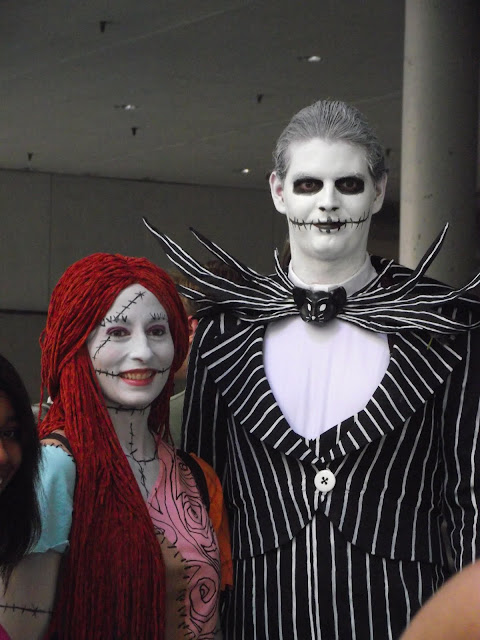 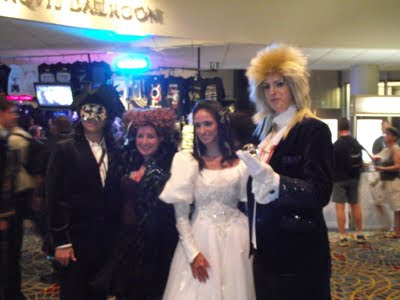 K-9 and the TARDIS 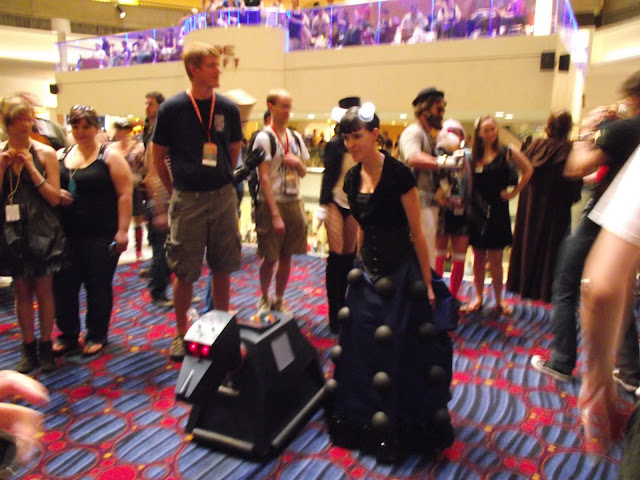 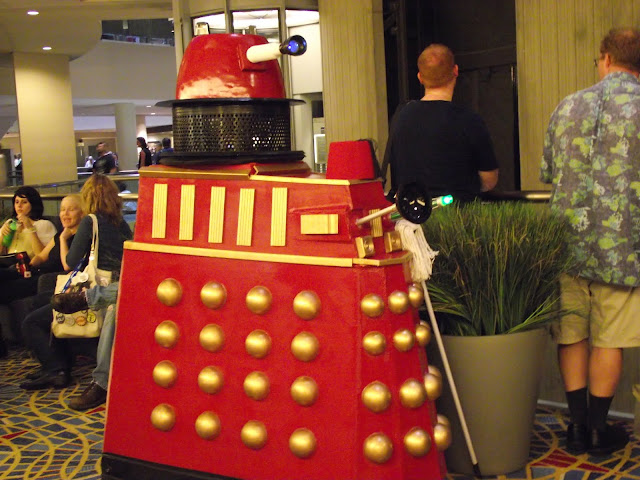 Looks like the Dalek brought a mop... maybe Bob and Carl will get a little help cleaning up after us this year....

they might need it. I don't want to know what kind of messes that thing leaves in its wake... 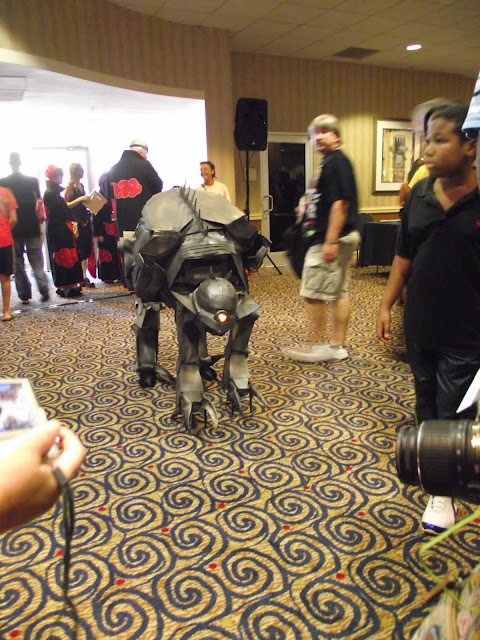 Stay tuned for the last batch of pics, coming in the next couple of days...
Posted by H.B. Pattskyn at 9:36 PM